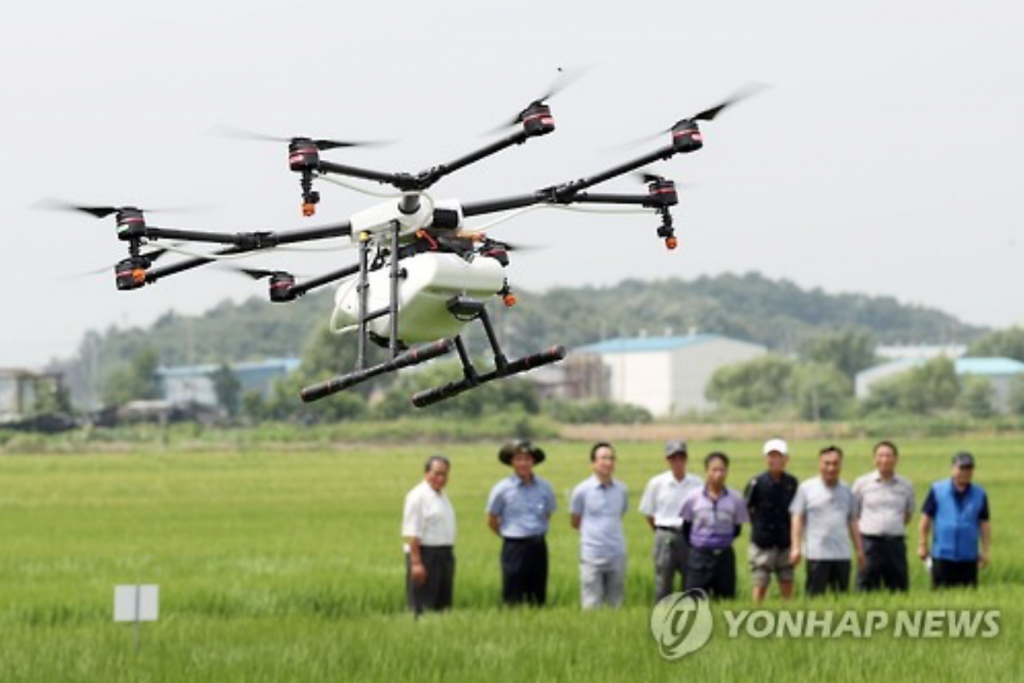 INCHEON, July 21 (Korea Bizwire) – The Incheon Agricultural Technology Center (IATC) hosted a demonstrative event Thursday, at which a drone dispersed agricultural pesticides to prevent blight and other crop-harming insects. The so-called ‘drone pest control’, according to officials, is one of the solutions to Korea’s aging farming population, and a shrinking workforce in the agricultural sector.

The drone demonstrated Thursday was manufactured by DJI, a Chinese drone manufacturer, and can fly at altitudes of up to 3 meters with a 10-liter water tank for approximately 15 minutes.

During the event, the drone carried diluted pesticides and flew over nearby farmland, dispersing the chemicals, for 10 minutes before returning to its point of departure. Farmers and center officials, who participated in the event, were surprised.

“It looks very efficient,” said Jung In-geun, director of the IATC. “If we can increase the water tank capacity, and adjust the price so that is more affordable for local farmers, there is no reason not to implement the drones.”

“Each flight can cover approximately 6,942m2 of farmland,” said another IATC official. “Spraying the same area would take an hour for a person to complete, and it only takes 10 minutes for a drone.” 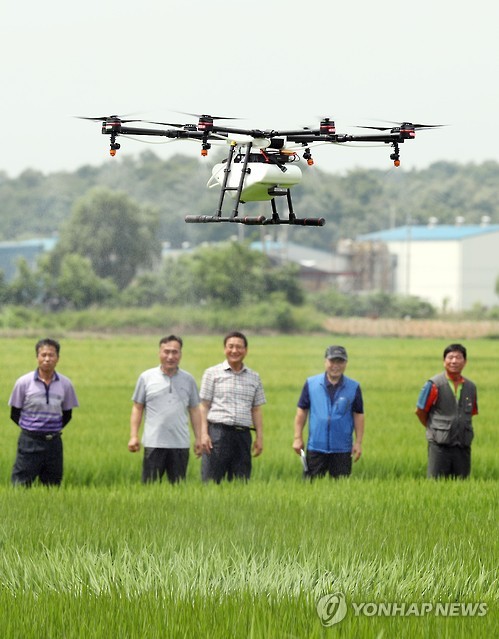 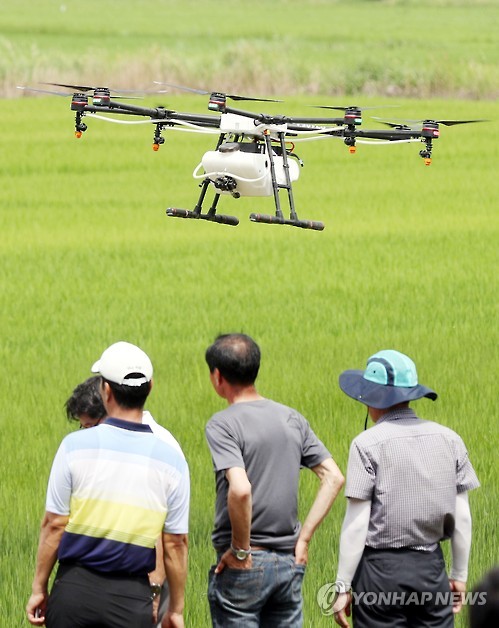 2 thoughts on “Farmers Turn to Drones for Crop-Spraying”