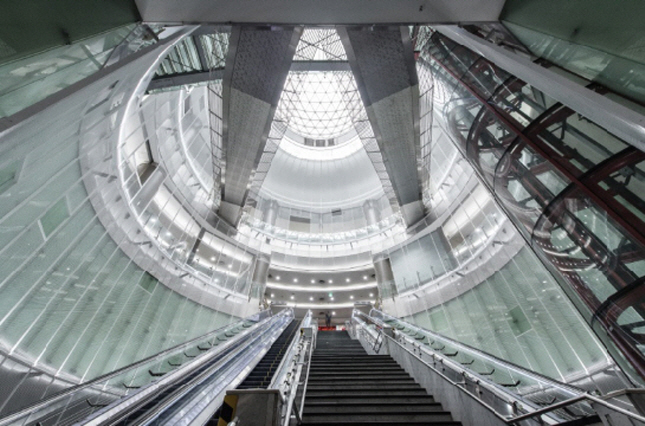 SEOUL, Mar. 15 (Korea Bizwire) – Seoul’s Noksapyeong Station, once a hollow subway station without any decorative features, will be renovated into a public art gallery.

Noksapyeong Station first opened in 2000 and is known for its unique structure. A 21-meter glass dome at the center of the station houses spirals of escalators that head down 35 meters below ground.

“If we also count the platform located at B5, the underground station can fit a 12-story building,” said Seoul city officials.

This unique design was based on past considerations of introducing subway line 11 and building a new city hall in the Yongsan area, both of which were called off soon after.

As a result, most parts of the station had remained empty except for B2 and B3 that had been used as entrances to the subway platform and machine rooms. 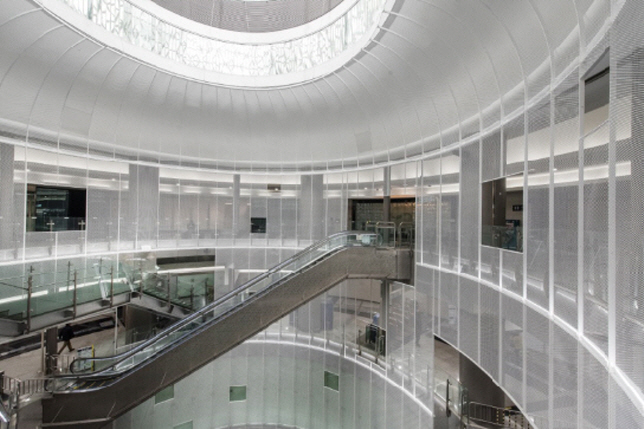 Now, visitors can enjoy the new public art gallery that stretches down from B1 to B5 as they slowly glide down the escalator.

At the circular hall located in B4, an underground garden has been built to house more than 600 species of plants, decorated with a variety of artworks that represent the idea of a forest.

“Noksapyeong Station was built under the plan of a new city hall in Yongsan, which has been scrapped,” said Seoul Mayor Park Won-soon.

“It was one of the best subway stations left abandoned. Now, we finally managed to uphold its true purpose.” 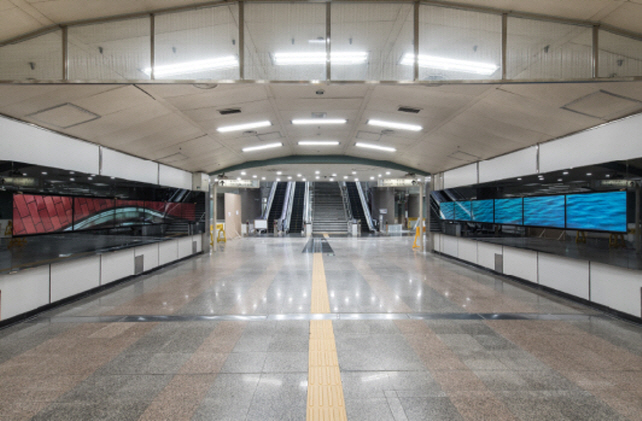