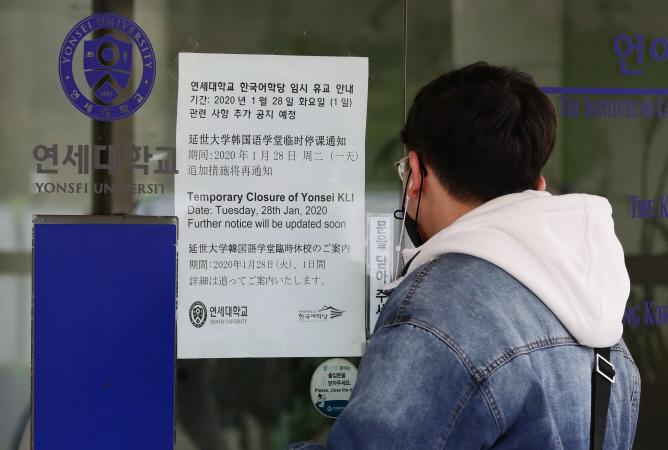 SEOUL, Jan. 29 (Korea Bizwire) — Fears over the new Wuhan coronavirus appear to be spreading to university campuses in South Korea as a large number of Chinese students return from winter vacation.

Amid the growing concern about the new virus, which originated in the Chinese city of Wuhan, South Korean university students, particularly those with Chinese roommates, are growing restless as their Chinese fellows are returning to campus ahead of the spring semester.

According to Statistics Korea, the number of foreign students studying in South Korea as of April last year was 160,165. Of them, nearly half — 71,067 — were Chinese.

A student of Ewha Womans University urged authorities at her school to take appropriate quarantine measures, while a Seoul National University (SNU) student living in a campus dormitory stressed that a sufficient amount of face masks and hand sanitizer should be supplied to the dormitory.

“My dormitory has a shared bathroom and shower. The school needs to thoroughly question all Chinese students about their trips home this winter,” the student said.

A senior at Kookmin University echoed the fear, saying that he was concerned about the spread of the new coronavirus on the campus after the spring semester begins, as his school also has a large number of Chinese students.

But the majority of university students are guarding against groundless fears of the new coronavirus and hate remarks about Chinese students.

“It’s true we have a lot of Chinese students in the dorm and campus but not all Chinese are virus carriers and non-Chinese people can be carriers,” a male student attending SNU’s Graduate School said. 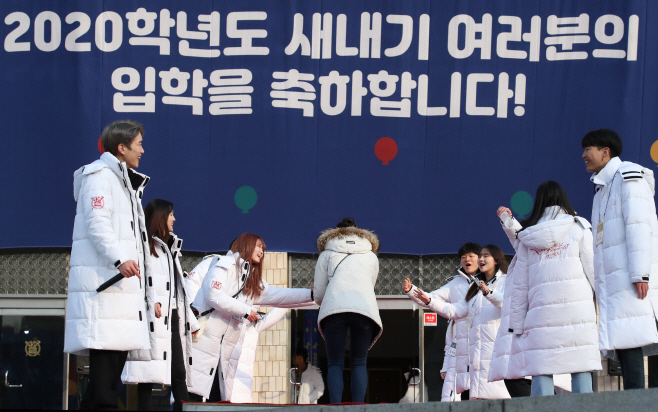 New freshmen attend an orientation session for the 2020 academic year at Seoul National University in the South Korean capital on Jan. 14, 2020. (Yonhap)

SNU, for instance, recently sent a text message to its all students, asking anybody who traveled to Wuhan after Jan. 13 not to come to school for 14 days.

It also demanded that students and school employees always wear face masks on their way to school.

Yonsei University and Sogang University have also sent emails or notices to students and school officials seeking information on visitors to China’s Hubei province and any symptoms that could be caused by the new coronavirus.

So far, South Korea has reported four confirmed cases of the new coronavirus. Three of them involve South Korean nationals.

Meanwhile, the Ministry of Education said it is discussing ways to contain the spread of the new coronavirus with domestic universities.

They will also discuss how to handle the upcoming graduation ceremonies.