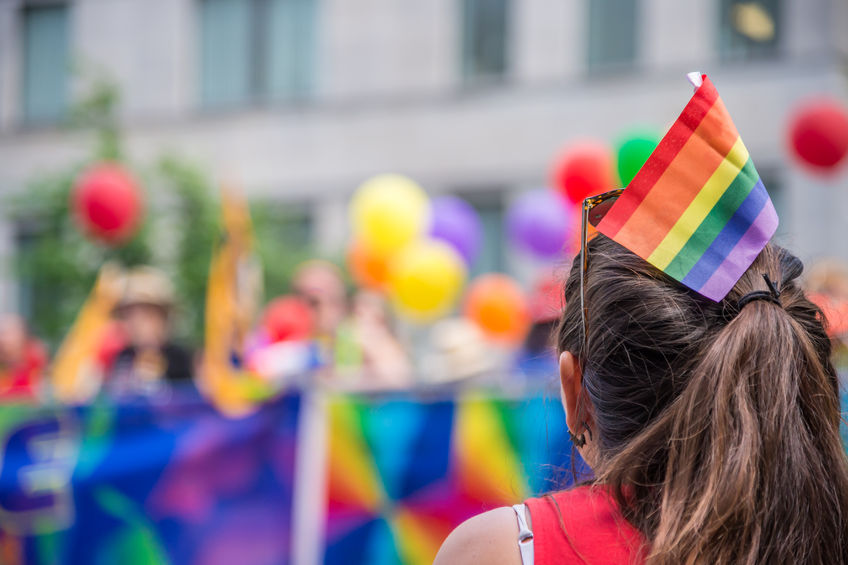 HONG KONG SAR, Jan. 7 (Korea Bizwire) - Asia is the new global battleground for lesbian, gay, bisexual and transgender (LGBT) rights. Our recent study, Pride and Prejudice: The next chapter of progress, sponsored by Manulife, Barclays and Nomura, captures the opinions of 359 full-time employees at companies across seven economies—China, Hong Kong, India, Indonesia, Japan, Singapore and Taiwan—via a survey. It reveals advances for LGBT inclusion in Asia’s business community, despite a conservative “groupthink” mentality that remains widespread.

While companies in the West have played a vocal role in advancing LGBT rights over the past several years, companies in Asia stand at a crossroads. Whereas just over 60% of Indian respondents believe there has been substantial or major progress when it comes to diversity and inclusion for LGBT people in their firms, half of respondents from Indonesia, Hong Kong, and Japan believe no or little progress has been made. These contradictions call for a brighter spotlight on how Asian companies can foster LGBT acceptance, given the concerns around disclosing one’s sexual orientation/gender identity in the workplace. 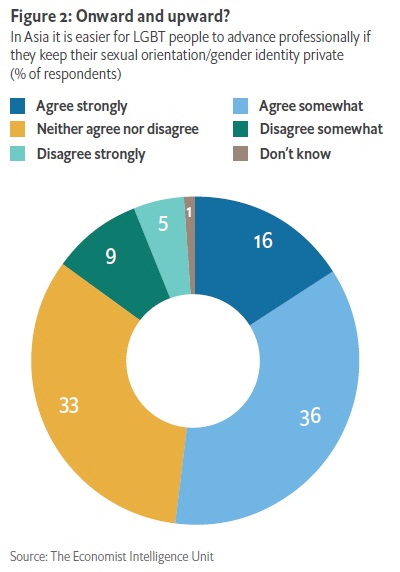 Asia’s two dominant powers, India and China, have positioned themselves as regional leaders on LGBT acceptance in many questions in our study. As their geopolitical influence grows, their corporate views are becoming more aligned with that of their employees, a young, dynamic cohort for whom promoting LGBT rights is more a priority than for their seniors. As China and India move towards embracing LGBT diversity and inclusion, they shape a trend to be followed by the rest of Asia.

About Pride and Prejudice

Pride and Prejudice is The Economist Group’s multi-year initiative focused on advancing progress for the LGBT community, in both work and broader society. It encompasses events, original reporting, outreach campaigns and research. Manulife is the gold sponsor and Barclays and Nomura the silver sponsors of this year’s research.