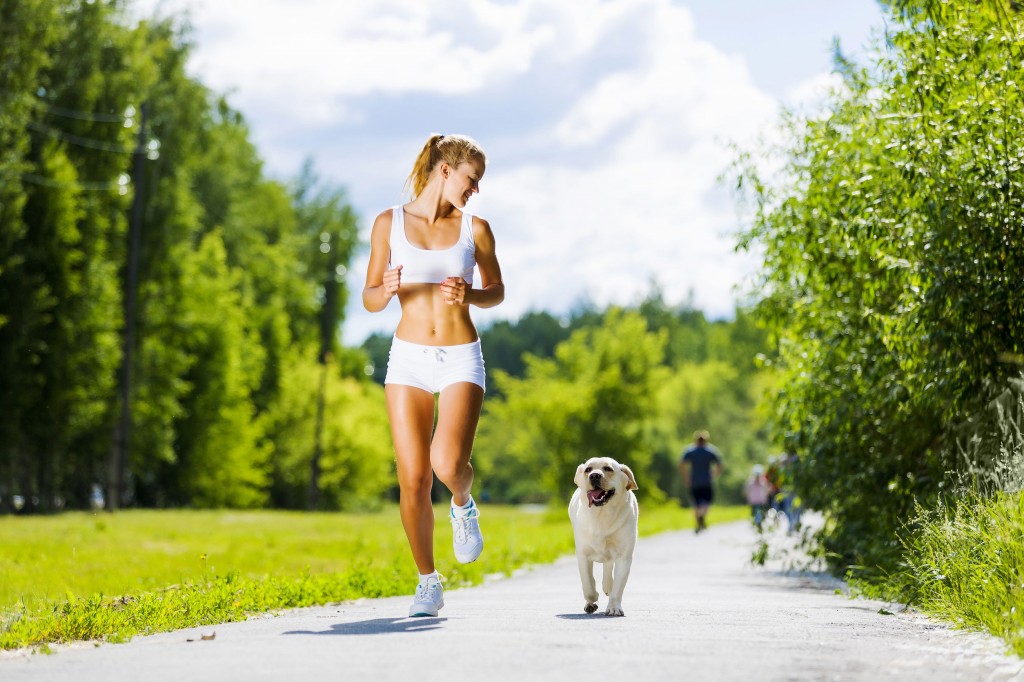 Yep, jogging with your adorable canine friend in a park should be another way of “fun running.” (image credit: Kobizmedia/Korea Bizwire)

SEOUL, Korea, April 22, 2014 (Korea Bizwire) – From time immemorial, running has been inseparable from the human race. In prehistoric times, our ancestors got most of their food by hunting and running was naturally the matter of survival.

Now, we don’t chase or run away from animals any more, but do running for different reasons. For some, running is like a bitter pill to swallow to lose weight and for some it is the driving force for healthy and happy lives.

There might be someone who objects if she hears running makes you happy. But, here is the evidence between running and happiness. According to American magazine Fast Company, chemicals from your body called BDNF brain-derived neurotrophic factor, or BDNF, and endorphins are released from your brain while you are running to reduce your physical stress. 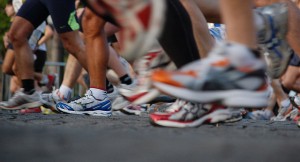 How about a run while you’re at it? (image: Josiah Mackenzie/flickr)

Its mechanism according to Fast Company works like this. “If you start running, your brain recognizes this as a moment of stress. To protect yourself and your brain from stress, you release the protein BDNF. This BDNF with a protective and reparative element to your memory neurons acts as a reset switch. That’s why we often feel so at ease and things are clear after running and eventually happy.”

At the same time, endorphins, another chemical to fight stress, is released in your brain. These endorphins tend to minimize the discomfort of exercise, block the feeling of pain and are even associated with a feeling of euphoria.

Now, you know how running makes you happy. But you can still argue that running alone is not fun at all. How about joining fun runs prepared for you then? TicketMonster, a social commerce operator, prepared for an unusual running event called “Zombie Run.” Comprised of ordinary citizens who should run away from zombies and zombies who should catch human preys, the participants are supposed to pass various missions during the 3-kilometer race.

Starting from April 25 at Seoul Land, the race will be held in other cities including Daejeon, Daegu, Gwangju and Busan and already 4,000 applied for the events. The “Zombie Run” introduced last year attracted explosive attention from the media.

A social dating organizer Eeum also offered another out-of-the-ordinary running event matchmaking the participants. The “Single Run” is running, dating and party wrapped up in one package. So far 1,000 have been booked to join the event slated for April 26 at Seoul Land. How about having a fun run for your fitness and happiness? 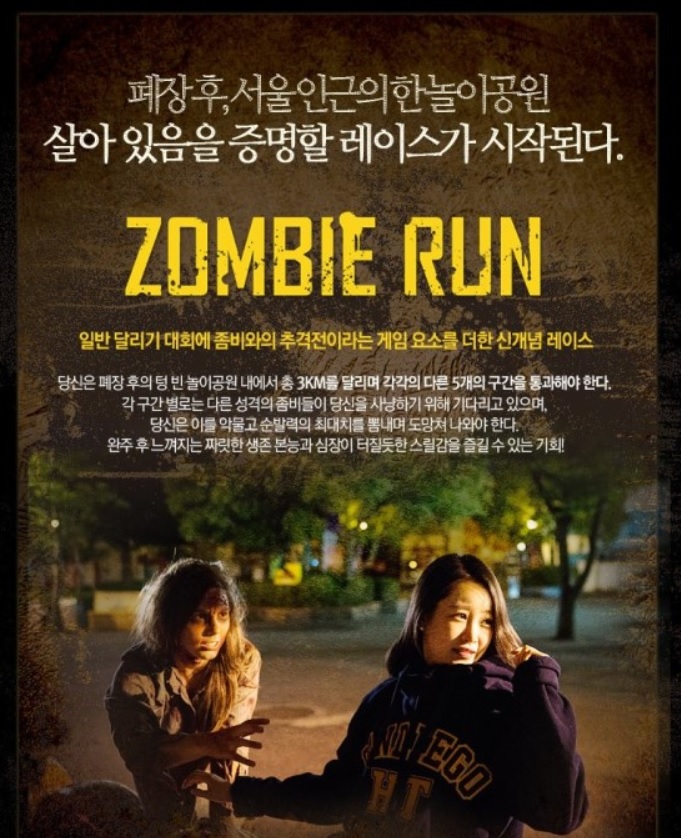 TicketMonster, a social commerce operator, prepared for an unusual running event called “Zombie Run.” Comprised of ordinary citizens who should run away from zombies and zombies who should catch human preys, the participants are supposed to pass various missions during the 3-kilometer race. (image: a poster for Zombie Run event by TicketMonster)