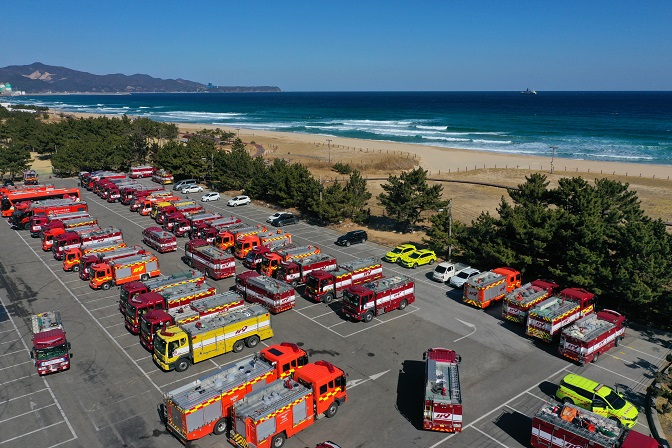 CHUNCHEON, March 17 (Korea Bizwire) – The Gangwon Fire HeadQuarters on Wednesday thanked firefighters who came from across the country to join in the effort to fight massive wildfires in eastern coastal areas.

Following a nationwide mobilization of firefighters on March 4, some 300 firefighters and 109 fire trucks banded together to fight the fires.

Among them were firefighters who drove 400 kilometers from Jeonju, North Jeolla Province to jump right into fighting fires and protecting residences.

The Gangwon Fire HeadQuarters mobilized some 5,600 firefighters and 1,000 fire trucks throughout the entire duration of the firefighting efforts.

Firefighters from the Ulsan Bukbu Fire Department protected a military ammunition depot along with the Navy’s First Fleet. 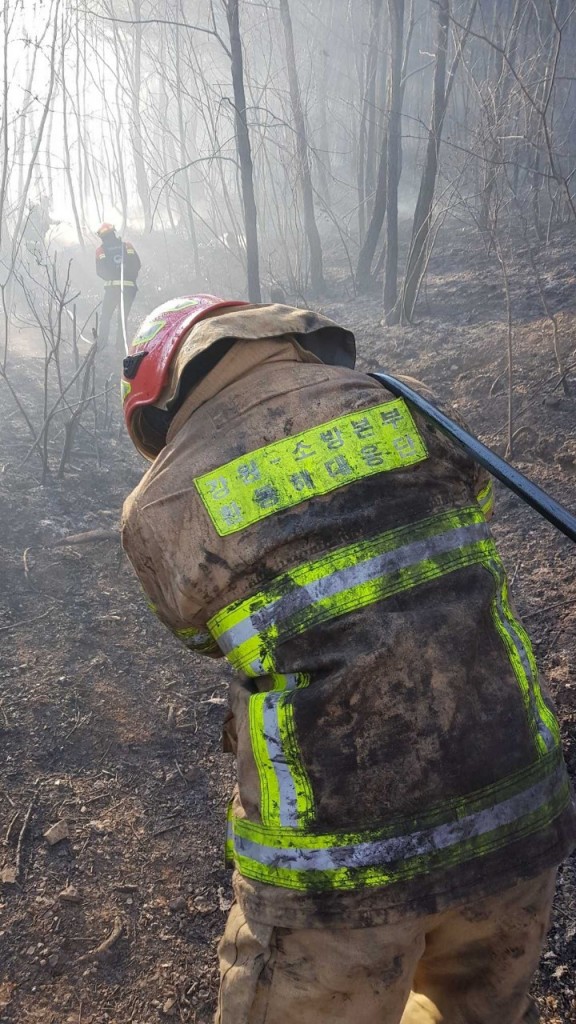