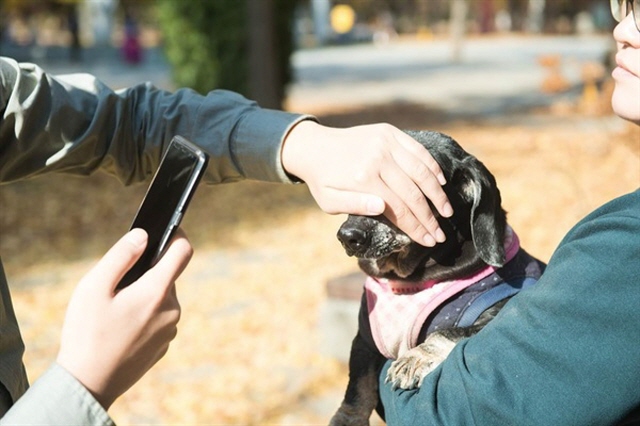 The goal of the research project is to develop a new method to register companion animals using biometrics that can be used in line with the government’s animal protection management system. (image: Petslab)

SEOUL, Oct. 28 (Korea Bizwire) — The government has announced that it is considering introducing advanced bio-recognition technologies, such as animal nose print or nose patterns, in order to improve the pet registration process.

The Ministry of Agriculture, Food and Rural Affairs reported on Sunday that it will spend a total of 692 million won (US$592,100) by 2021 to conduct a research project on the “Development of Animal Registration Methods Using Biometrics”.

The goal of the research project is to develop a new method to register companion animals using biometrics that can be used in line with the government’s animal protection management system.

Another reason behind the development of the new registration system is that pet tags, which are currently in use, can easily fall off.

An animal’s nose print can be used in the same way that a human fingerprint is used. Each subject has its own shape, so registering the print can act as a type of ‘bio-identification card’ for animals.

Although a variety of technologies such as scans using the iris and veins behind ears are being developed in addition to nose prints, each company is pursuing its own development of technologies as standardization has yet to be finalized.

Accordingly, the government proposed forming a consortium that includes evaluation institutions with product certification capabilities as a requirement to form a research team.

The government plans to reduce the malfunction of animal recognition software and strengthen its security system, while laying the scientific foundation for animal registration using biometrics.