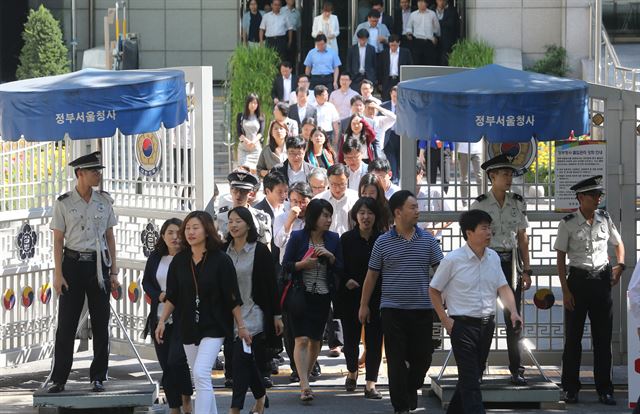 SEOUL, Jun. 20 (Korea Bizwire) — The government is pushing forth a new proposal that would reform the existing pay system for government officials.

The proposed measure is due to be released early next month.

This is according to Deputy Prime Minister Kim Dong-yeon, who spoke of a need to modify the current single salary schedule in which half of the government’s workers are paid the same salary based on their year of intake.

The new pay system would see different salaries for different employees depending on their job duties and personal skills.

The Ministry of Strategy and Finance, the ministry overlooking the new policy, said that the proposal should reasonably reflect the value of each government job.

In order to facilitate the process, the ministry says it has sought assistance from a consulting firm on how to reform the current salary system.

A government official said that the current system is based primarily on seniority, allowing employees who are performing the same task year after year to bring home a higher salary regardless of their skills.

“The new proposal is a way to improve on the current pay system,” said the official.