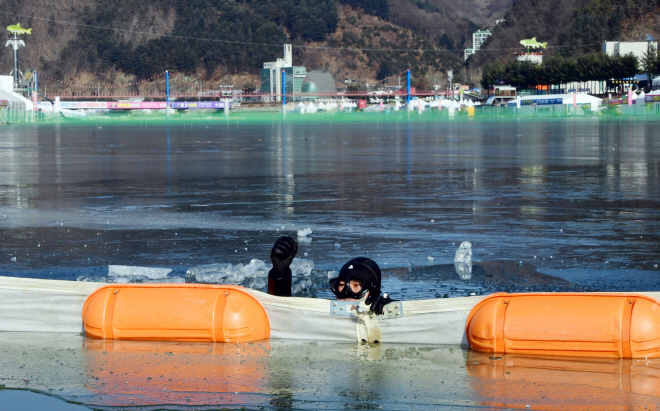 HWACHEON, Jan. 16 (Korea Bizwire) — Hwacheon County in Gangwon Province is speeding up preparations for the 2020 Hwacheon Sancheoneo Ice Festival which has already been delayed by warm weather.

The festival, after being delayed once due to warm weather, was expected to open on January 11 before it being delayed for the second time due to an unexpected rain shower.

The festival is currently scheduled to open on January 27.

Fortunately, Hwacheon Stream’s current speed and water levels have been stabilizing in recent days, and the intense cold has finally begun to freeze the water from upstream.

To speed up the process, the county installed a number of large pumps along the stream to drive flowing water away from where the festival is to take place as well as spillways to control water levels. 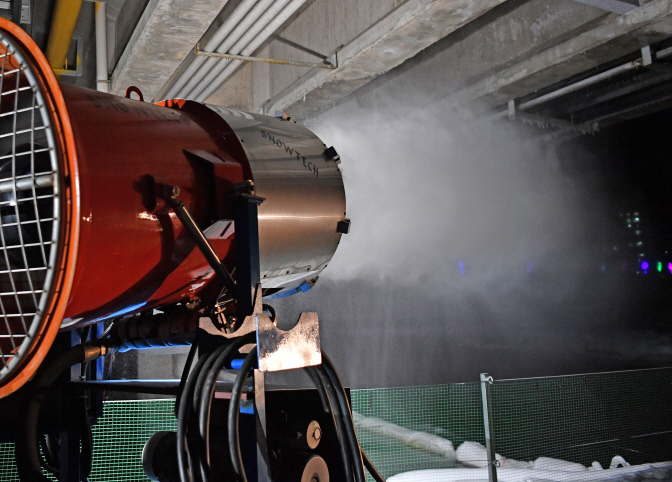 The county also brought in heavy equipment to cool down the temperature in the upstream by dropping snow. At night, snowplows are also being deployed to throw snow into the stream.

Hwacheon county plans to proceed with the preliminary ice fishing events for foreigners as soon as the ice gets thick enough upstream.