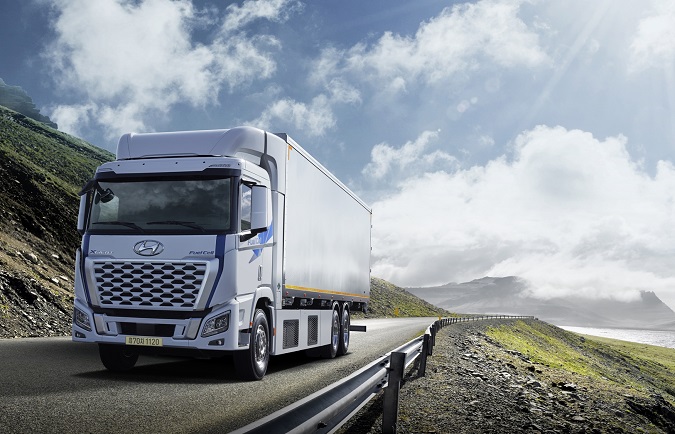 The Xcient fuel cell trucks have already been exported to countries such as Switzerland and Germany.

The carmaker signed a memorandum of understanding (MOU) with the Ministry of Land, Infrastructure and Transport in May 2020, and has carried out pilot operational programs in greater Seoul area and the southeastern Yeongnam region since December last year.

After completing verification on the suitability of the model on local roads through the pilot programs, Hyundai decided to launch domestic sales earlier than scheduled, delivering vehicles to customers this month.

Compared to electric batteries, a hydrogen truck can be fully charged within a relatively short time, thus being more suitable for large-sized commercial vehicles operating on long-distance routes.

The Xcient hydrogen electric truck has a driving range of about 570 kilometers on a single tank of hydrogen.