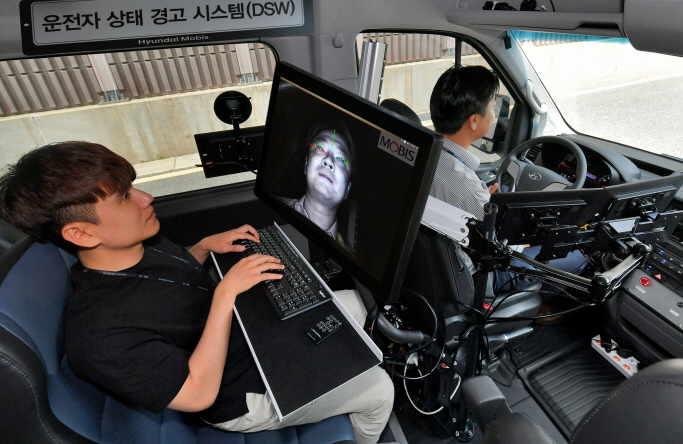 Hyundai Mobis has developed the driver state warning (DSW) system, which detects drowsy driving or lack of attention behind the wheel and helps to avoid a frontal collision, the company said in a statement.

The company, affiliated with industry leader Hyundai Motor Co. and Kia Motors Corp., plans to apply the high-end DSW technology initially to Hyundai-made vans and trucks and then to buses and passenger vehicles, it said.

“The company will continue to conduct tests of the technology in its proving ground and vacant roads until its adoption in 2021,” a company spokesman said.

The existing technology sends an alert to the driver based on head and eyelid movement but the DSW system also detects the identity of a registered driver, movement of pupil, and overall driving information.

Up to 10 drivers can register themselves to the system, the statement said.

Hyundai Mobis has decided to first apply the DSW technology to commercial vehicles as one fourth of accidents involved trucks, buses and special-purpose vehicles, it said.