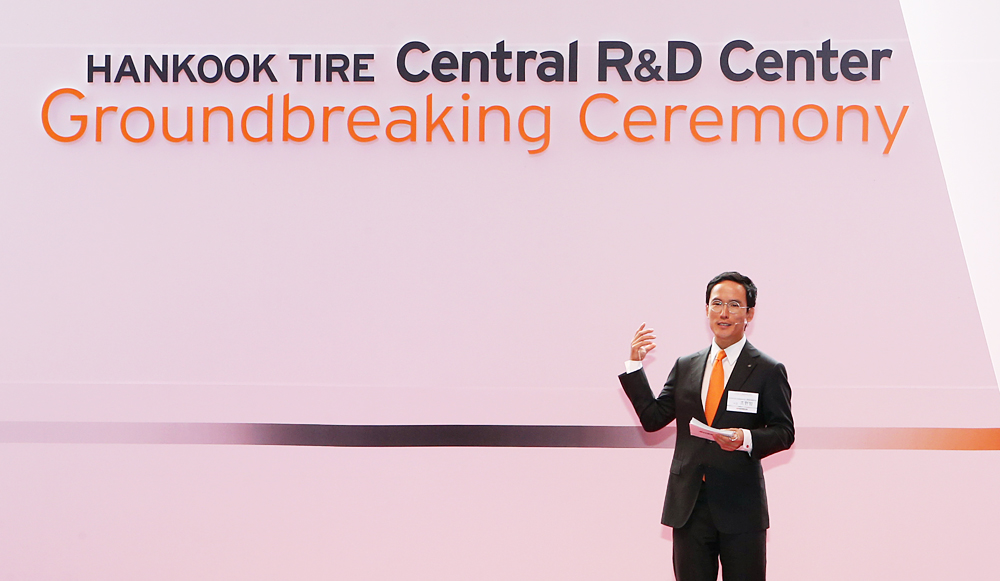 SEOUL, June 12 (Korea Bizwire) – Hankook Tire held on June 10 a groundbreaking ceremony for a central research center at Daejeon’sDaedeok Science Park and announced a future vision for leapfrogging into a global top-tier tire brand. The R&D center will hire a total of 1,000 research staff at the center and strengthen its capabilities in basic technology.

In addition, it plans to create an R&D network with the in-house research centers in five locations across the world including the ones in the United States, Europe, China, and Japan, as well as Korea. The following is an interview with Hankook Tire’s executives on the same day:

Q: Your company already has an R&D center in Seoul. What was the motivation to establish another in Korea?

A: (SeoSeung-hwa, vice chairman) It was our judgment that we needed more research personnel and equipment to undertake basic R&D work. The current R&D centers in Seoul and other locations around the world are focusing on highly specialized projects depending on local road conditions, climate, and vehicle models. In contrast, the newly established central R&D center will concentrate on R&D agendas of more basic, fundamental nature.” 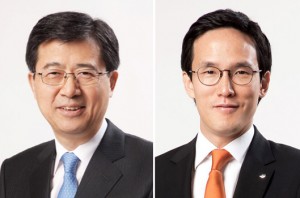 Q: Your company has announced positive profits for years but in reality the units in Chongqing [China] and Mexico were taking losses. What happened?

A: (Seo, vice chairman) The Chongqing operation is a new one. As it began operations just last year, we started with less materiel than we should. We kept up production by putting up with a high depreciation cost. We figured it would be difficult for the Chongqing plant to turn to the black for years to come. As for the Mexico unit, it used to be a contact office.

From a simple order-taking operation, it has become a full-fledged sales corporation. Only last year did it begin to sell tires to retailers with a significant amount of inventory. Due to the marketing cost to enlist new customers and the higher cost of assuming inventories, it has had a hard time to make profits.

A: (Park Jong-ho, senior executive in charge of planning and finance) Our Mexico unit is expected to turn around to the black this year. The operating profit ratio of other corporations last year was 14-15 percent on average.

Q: Even though the price of rubber has declined so much, tire prices remain standstill. Hankook Tire raised its prices in 2012, followed by a cut of only 2,000 won per tire in 2013. Why is that?

A: (Cho Hyun-beom, president in charge of marketing and operations) Prices are determined by supply and demand. Hankook Tire has seen its brand value continuously rise for the past few years. In other words, we could sustain our business even though we raise the prices.

A: (Seo, vice chairman) The international rubber prices kept rising until 2012, with a dip in 2013. But the continuously rising brand value has made it possible for us to keep up the prices.

Q: How is the R&D investment to change in the future and in what technology area is your company focusing on developing?

A: (Cho, president in charge of marketing and operations) The current R&D investment share in total sales revenue is 4-5 percent level. As the sales revenue increases, the R&D volume will rise too. I am sure the ratio will rise gradually.

A: (Lee Sang-ju, head of R&D division) For any company to leapfrog into the next level, technical prowess is a must-have item. We though eco-friendly technologies are an important part of future trend, including carbon dioxide reduction and the use of environmentally friendly materials. In addition to these, we will need to move into totally new areas nobody has ever challenged. If we have been a fast follower, we will transform ourselves into a first mover. We will also challenge other markets beyond the sale of original equipment tires.

Q: Will the status of the existing R&D centers change after the opening of the central one?

Q: Formula One is one of the most important marketing tools to show tire performance. Do you have any plan for it?

A: (Cho, president in charge of marketing and operations) We haven’t decided yet. In terms of technical competency and marketing budget, we are more than enough to be part of it. But we have to review the exact marketing effect and calculate the pros and cons of participating in the event. It’s not that we can do it whenever we want to do it. Still it’s not clear whether we will take part in.

Q: Most Korean customers think Hankook Tire is the best brand for replacement tires. But this is not so in China. What is your company’s strategy in China?

A: (Seo, vice chairman) We somehow are well aware of the purchasing habits of Chinese customers. Currently Hankook Tire is supplying tires to Audi in China and is in talks with BMW for the same kind of deal. We are increasingly marketing our tires as upmarket tire products. By increasing investment and more promotional activities in China, we will try to persuade Chinese customers to choose our tires over other foreign-made brands. 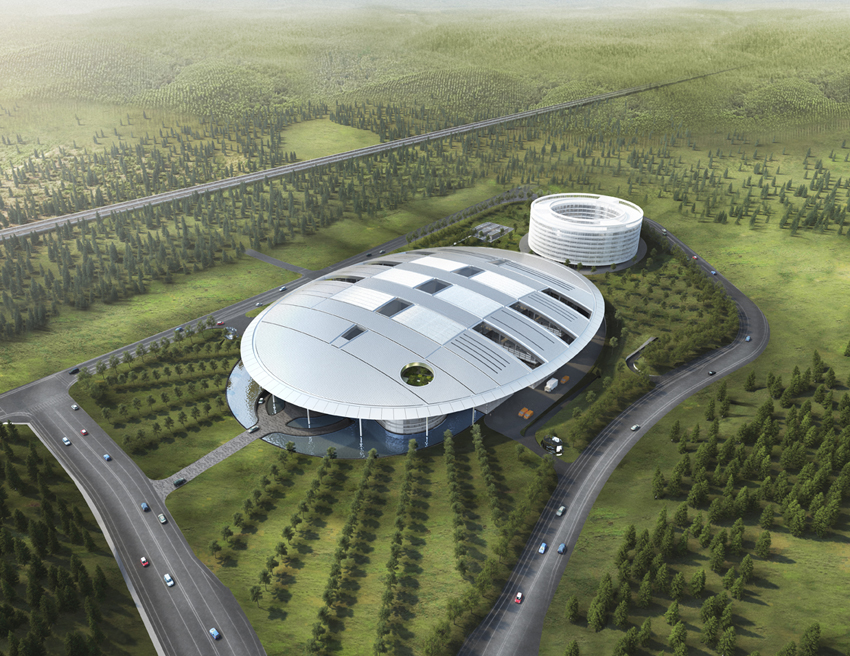 The R&D center will hire a total of 1,000 research staff at the center and strengthen its capabilities in basic technology.(image:Hankook Tire)

Q: What are your plans for human resource development?

A: (Seo, vice chairman) As we build the new central research center we will hire about 400 more research staff in addition to 580-600 existing ones. We needed to locate the center in Daejeon for other reasons, but when it comes to hiring high-caliber talents it was not such a good locational decision. For this reason, we had to invest a lot to create pleasant living conditions in the vicinities.

A: (Lee, head of R&D division) Tire making involves a lot of interdisciplinary interactions. Instead of hiring talents right away from universities, we had to train the people ourselves. There is the Academy House within the central R&D center in which we nurture excellent human resources. We need to make our new people realize that tire making is not an old-line manufacturing business but a cool leading-edge business worth challenging.

Q: It seems the new Daejeon R&D center is far away from the Test Engineering Center to be built in Sangju.

A: (Cho, president in charge of marketing and operations) The centerpiece of the Test Engineering Center is a road test site which typically requires a land of at least 1.5 million square meters. The land price in areas near Daejeon is simply too high, which forced us to go out farther and bought the land in Sangju.

A: (Lee, head of R&D division) In principle, it’s always better for an R&D center and a test center to be in proximity. But the distance between Daejeon and Sangju is only 1 hour which will pose little problem for us to move back and forth. The R&D center in Daejeon, the test engineering center in Sangju, and the Geumsan tire production site will form a triangle.