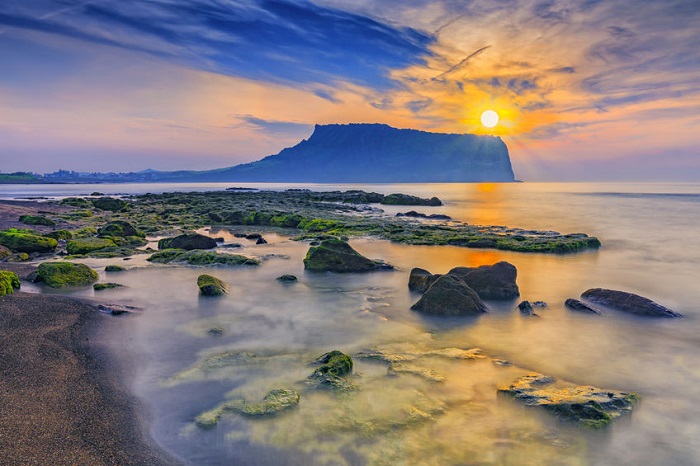 For foreign tourists, a lack of information and language barriers were among the top complaints when visiting Jeju Island. (image: Korea Bizwire)

Jeju Island and the Jeju Tourism Organization released a status report on Thursday, arguing that Jeju should go beyond its current tourism model in order to cope with the decreasing number of tourists and immigrants.

Despite its competitive reputation as South Korea’s top tourist destination, the majority of South Korean tourists stay on Jeju for no more than three or four days, which experts say is proof that the government should come up with new programs to promote long-term stay on the island.

The study revealed that South Korean tourists spent an average of 4.55 days on the island.

For South Koreans, easy access, affordable plane tickets, classy cafes, and the exotic natural environment were some of the best attractions on Jeju island.

When it came to long-term travel of more than five days, however, most preferred to go abroad.

Jeju Island’s well-known Olleh Walking Path and various trekking programs, despite their popularity among South Korean tourists, had lower turnout since they usually require a whole day, too long for short-term travelers to fit into their schedules.

For foreign tourists, a lack of information and language barriers were among the top complaints when visiting Jeju Island.

In a group survey conducted last July, Korean movies, dramas, and variety shows were drawing the majority of foreign tourists to come to the island.

However, foreigners had difficulty looking up information online and via other channels to learn more about the island.

Foreign tourists relied primarily on personal blogs found on Google. The information provided by the Jeju Tourism Organization and other public agencies online was not specific enough to properly assist foreign travelers.

They also mentioned the language barrier, a lack of hospitality, and difficult access to rental cars and public transportation as some of the problems when travelling to Jeju Island.

Tourism experts are arguing that Jeju should go beyond the natural environment to develop competitive cultural programs, reinvent hotels to better meet tourist demand, and recreate the Olleh Path and other trekking courses to accommodate seniors and children.

They warned that failing to address the ever-changing trends will have Jeju fall behind in the tourism race in South Korea.