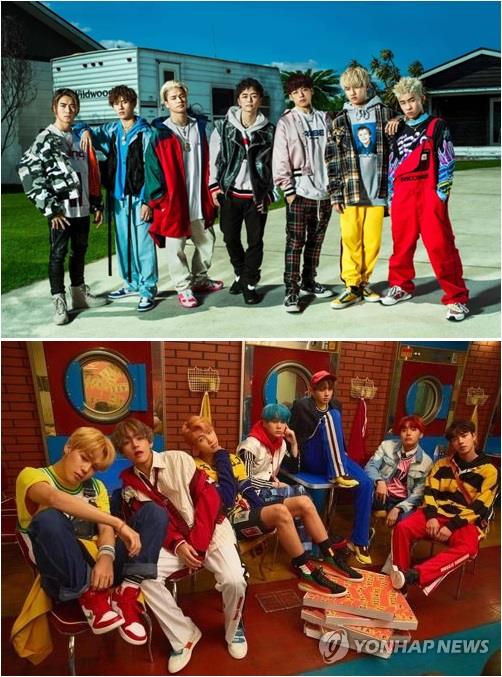 Japanese boy group “BTZ” (above) and BTS (below). (image: Yonhap)

SEOUL, Jun. 11 (Korea Bizwire) – Fans of K-pop are fuming over allegations that producers of idol singing groups in China and Japan are copying the concepts of K-pop bands.

Composed of Hidaka Ryuta, Gano Yoshiyuki, Gainuma Ryusei, Hukahori Miku, Okuda Rikiya, Matsui Riki, and Sunama Masahiro, the group has been swept up in controversy even before its official debut.

Not only is the group’s name “Ballistik” very similar to BTS’ “Bangtan,” its English stylization “BTZ” is just one letter shy of “BTS.”

Furthermore, both groups are made up of seven members and perform hip hop as their genre of choice. 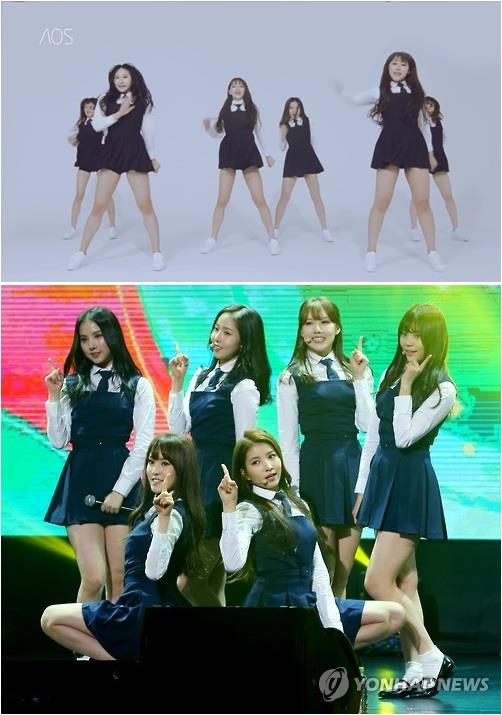 Another K-pop group, GFriend, has seen a very similar group arise in China.

Fans say China’s girl band AOS is a spitting image of Korean sensation GFriend. AOS was accused of copying the concept and choreography of the title song “Rough” from its mini album released in January 2016.

With Gfriend’s unique dance moves gaining widespread popularity, the choreographers behind their dance numbers have also been scouted overseas.

Park Jun-hui, one such choreographer, helped create the dance steps to the song “Teacher Teacher” sung by AKB48, Japan’s top girl band. This is the first known instance of Japanese stars working with a Korean choreographer.

In 2009, a Chinese group called “OK Bang” made its debut, drawing fire for its likeness to Big Bang in all aspects of name, costume, music and even its music video.

Copycats of other Korean artists like Girls’ Generation, EXO, and Hyuna have also made their mark in the Chinese pop industry.

Although the transnational nature of the controversy may make it difficult to pursue legal action, experts say it’s still possible to crack down in extreme cases.

An official at the Korea Copyright Commission said many countries are members of international agreements such as the Universal Copyright Convention (UCC).

“Going overboard in terms of plagiarism can be a problem, and Korean content is protected by law in relevant countries,” said the official.

But even if it’s technically possible to pursue a legal case, it’s not easy to take action against such plagiarism offenses.

Such a move could possibly lead to anti-Korean Wave sentiments, and would require a long and tedious lawsuit.

One source in the domestic music industry said that concepts can be copied, but eventually, it takes true musical talent and creativity to succeed.

“Groups that are cobbled together will die out naturally with time,” said the source.