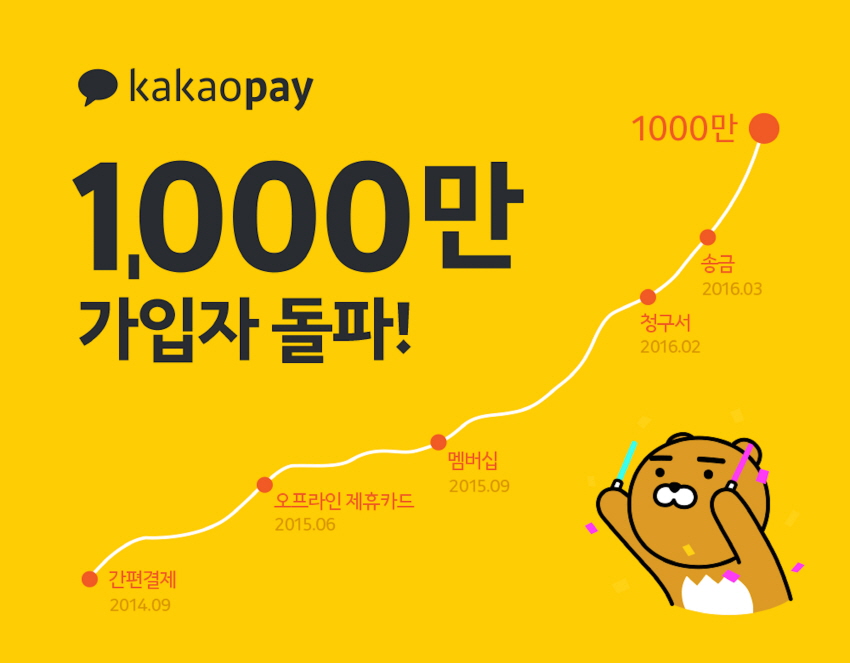 Introduced in September 2014 and similar to the world-famous PayPal, users pre-register their credit and debit cards, and make transactions simply by typing in their passwords.

Kakao, which has been rolling out various services on the back of 38 million local users of the KakaoTalk mobile messenger, said the largest single transaction through the mobile payment service was 17 million won (US$14,600), and the money transfer accumulated by a Kakao Pay user reached 4.69 million won.

Kakao has expanded the scope of its platform so that utilities and other bills can be automatically paid.

Kakao has been making efforts to roll out various services on the back of strong local users of its free messenger app. It also showcased the cab-hiring app Kakao Taxi last year.

Meanwhile, Naver Corp., South Korea’s top Internet portal operator, started its own mobile payment service in June of last year as part of a push into the fast-growing online platform business for e-commerce.

Naver Pay allows users to pay for an item online only with their Naver IDs, a stark contrast to existing mobile payment tools offered by other financial and IT firms here that usually require multiple procedures for ID verification.

The launch of the mobile payment platforms came as over 44.1 million of the nation’s population of slightly over 50 million own a smartphone.’