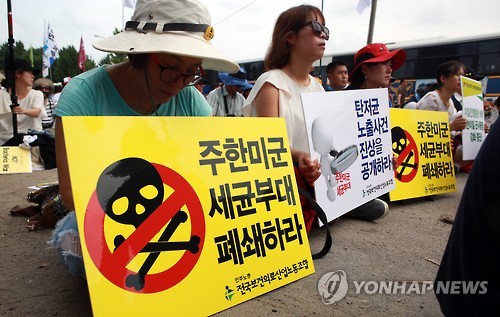 OSAN, Korea, July 13 (Korea Bizwire) – Approximately 40 anti-war groups in Korea held a joint rally in front of the U.S. Air Force’s Osan Air Base on July 11, and denounced the shipment of live anthrax bacteria into Korea by American armed forces. A total of 1,000 activists joined the rally and asked the base to stop the Jupiter plan and close related laboratories.

In April, the Pentagon said a U.S. military laboratory in Utah accidentally sent samples of live anthrax spores to the Osan Air Base in Pyeongtaek, just south of Seoul, as well as military and commercial laboratories in nine U.S. states. The Korean government announced on the same day that it organized a task force with the United States to jointly investigate the case. 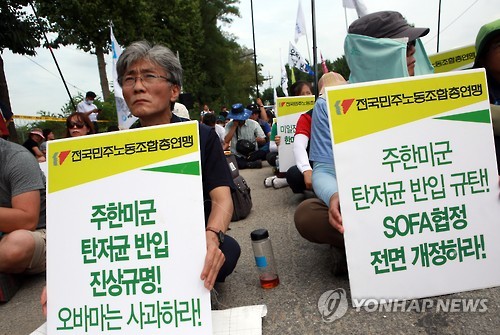 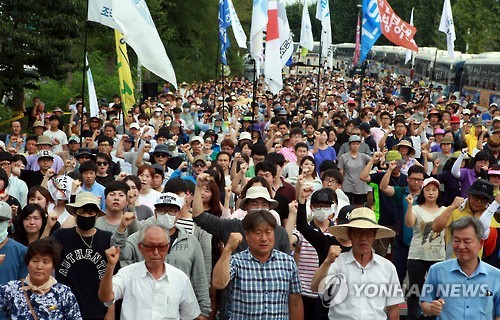