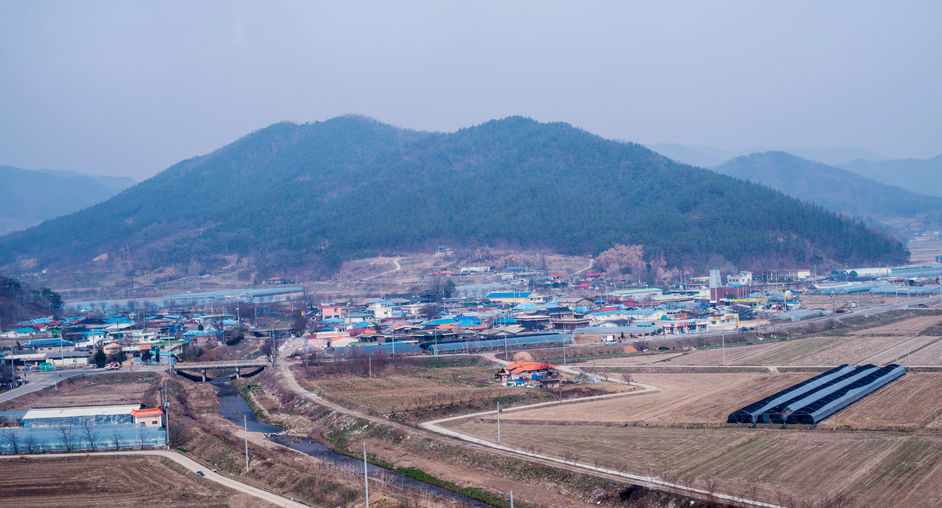 As of 2012, the amount of land assets is 4.1 times higher than the GDP, due to the relatively high land prices.(image credit: Kobizmedia/ Korea Bizwire)

SEOUL, May 16 (Korea Bizwire) – Among the total assets in Korea, land takes as much as a half, said the Bank of Korea.

According to the “National Balanced Sheet (Preliminary)” released by the central bank, the total amount of assets in Korea reached 10,630.6 trillion won, 7.7 times more than the gross domestic products. The ratio is relatively higher than that of other countries like France (6.7), Japan (6.4), Australia (5.9) and Canada (3.5). It can be said that the asset prices in Korea are overvalued as much.

Of the total assets, the asset price of land in Korea was valued as much as 5,604.8 trillion won, or 52.7 percent. Together with building assets of 3,852.5 trillion won, the two categories take almost 90 percent of the national assets.

As most of the assets are centered on land and other building-related assets, the national assets are influenced heavily by the real estate business. However, a Bank of Korea official withheld comments to a question whether it may be a “bubble” that the portion is much higher than other countries. Korean land assets increased to 4.1 times over the GDP in 2012 from 3.1 times in 2000.

A bank analyst said, “In case of Japan, its land prices kept on falling since the 1990s, without rebound. However, it is a big difference between Japan and Korea in that although Korea’s land prices stagnated in the late 1990s, it rebounded in 2000s after the financial crisis.”

“The low ratio of land assets in the GDP in Japan is another reason the Japanese economy is still unable to rebound,” he added. The aggregate market value of all houses in Korea was estimated at 3,094.3 trillion won (2.2 times more than GDP), flattening since 2009.

Meanwhile, the National Balanced Sheet shows the national statistics on the economy, by checking the rise and fall of total national assets including real assets and financial assets. The central bank plans to release the sheet annually from this year in May. .