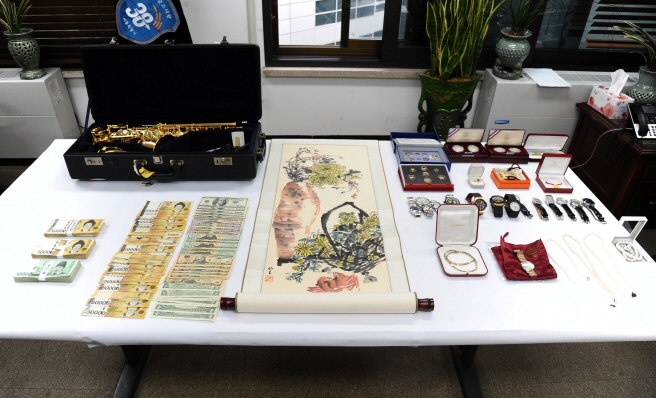 SEOUL, Nov. 28 (Korea Bizwire) — The method of hiding the property of delinquent borrowers who do not pay back taxes is becoming more and more unexpected.

The ability of tax collectors to find them is evolving as well.

The Incheon Metropolitan Government conducted a special crackdown on 11 golf courses from November 18 to 20, and found 38 cars for which payments were in arrears, amounting to a total of 27 million won (US$22,900).

Some protested during the crackdown, but one golfer immediately paid 1.97 million won in arrears at the golf course by mobile transfer when their license plate was confiscated.

There are many other places where delinquents hide away their fortunes, and it does not have to be their house.

The Busan Metropolitan Government’s tax collection team recently confirmed that a man who had owed 200 million won in local income taxes had a safety deposit box at a commercial bank.

In response, the team forcibly opened the box and seized it after confirming that it contained 50 million won in cash.

Even without precious metals, there have been cases in which other high-priced items have been sold to collect overdue taxes.

The city of Namyangju in Gyeonggi Province recently searched the home of a man who owed 250 million won in local taxes, but seemed unable to find anything of value, including precious metals.

However, an official noted a high-end audio system at the home, and a collection of 2,470 vinyl records. In response, officials seized these items and asked the Korea Asset Management Corp. to auction them off.

The audio system was sold for 36.51 million won and the vinyl records for 7.95 million won, allowing the city to collect some of the unpaid taxes.

Despite the best efforts of government officials to pursue those in arrears, the amount of overdue taxes still stands in the trillions of won. 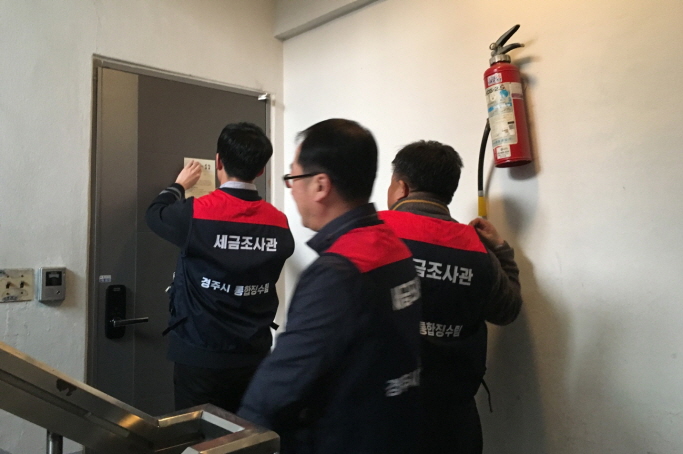 Despite the best efforts of government officials to pursue those in arrears, the amount of overdue taxes still stands in the trillions of won.(image: Gyeongju City Office)

Local tax payments have exceeded 4 trillion won for four consecutive years since 2015, according to a report by the Ministry of Interior and Safety.

The Ministry of Interior and Safety and local governments unveiled the list of 9,67 high-income and ordinary defaulters with 476.4 billion won in overdue taxes on November 20, and even if various measures are implemented to collect overdue taxes, the aggregate amount owed is not likely to drop significantly.

Cities and provinces across the country are planning to implement intensive measures such as strengthening the management of high-value delinquents, tracking down big data of delinquent borrowers, imposing penalties for delinquent payments, and increasing the collection rate of overdue payments.