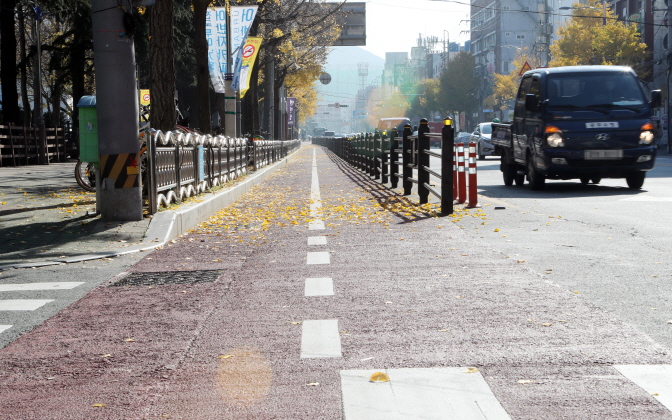 BUSAN, Nov. 29 (Korea Bizwire) — Concerns are being raised that bicycle paths in Busan are not being used properly.

Bicycle paths are indicated by safety fences or boundary stones, while bicycle lanes on pedestrian sidewalks are painted red.

However, many bicycle paths have been installed without thorough consideration of the surroundings, resulting in various adverse side effects.

Bicycle paths installed along 1.2 kilometers of roadway between Pukyong National University and Kyungsung University are a classic example.

Busan’s Nam District Office conducted CCTV monitoring of the bicycle path for a one-week period from October 22 to 28 and determined that an average of only 9.7 bicycles used the road every hour.

“This means almost no one is using the bicycle paths,” said a source from Nam District Office.

“There was a lot of opposition when the bicycle path was being installed, but we had to push through due to explicit government instructions.”

“We are going to request that the city remove the bicycle path,” he added. 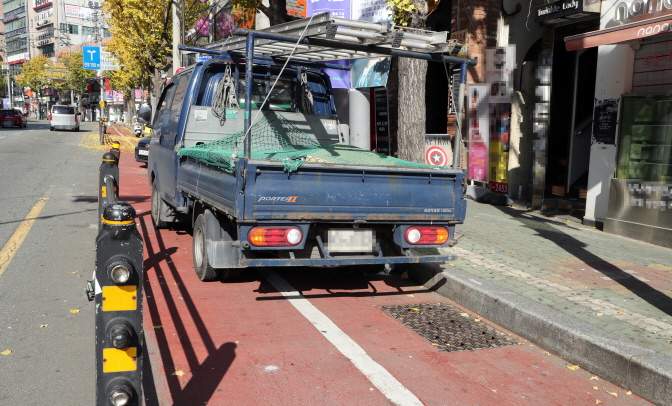 Bicycle paths are turning into parking spaces for trucks and motorcycles, or spaces to throw out trash, due to a lack of usage.

Some paths even pass through bus stations, confusing cyclists. “We find it difficult to call them bicycle paths,” said a source from local cycling club.