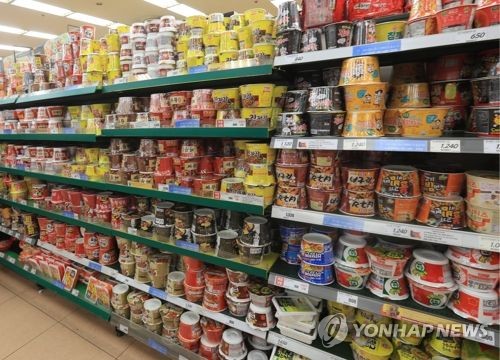 SEOUL, Aug. 2 (Korea Bizwire) — Although instant noodles are not exempt from the low growth that the food industry is currently facing, demand for instant noodles has soared due to the increase in single-person households.

According to the Korea Agro-Fisheries & Food Trade Corporation (aT), which analyzed sales data of instant cup noodles, the market capacity for instant noodles sold in containers in the first quarter of this year grew 7.5 percent to 203.4 billion won from 189.2 billion won in the same quarter last year.

Comparing the sales figures for 2015 and 2016, the market for cup noodles grew 20.1 percent while the entire instant noodles market grew 7 percent in the same time period.

In addition, sales of instant noodles in the warmer months increased, contributing to the overall annual sales growth.

Traditionally, sales of instant noodles are relatively higher in the winter, which includes the 1st and 4th quarters of the year, while the summer months are typically less profitable and usually result in lower 2nd and 3rd quarter earnings for instant noodles producers.

However, this is no longer the case as demand for instant noodles has evened out in all four quarters due to the success of such instant noodles as jjolmyeon and spaghetti-type products that have been added to the summer menu.

Another factor that has led to the popularity of instant cup noodles is the rise in the number of people who live alone.

“As the number of single-person households continues to grow, people are preferring cup noodles to packaged ones due to their convenience,” said an official at the Korea Agro-Fisheries & Food Trade Corp.