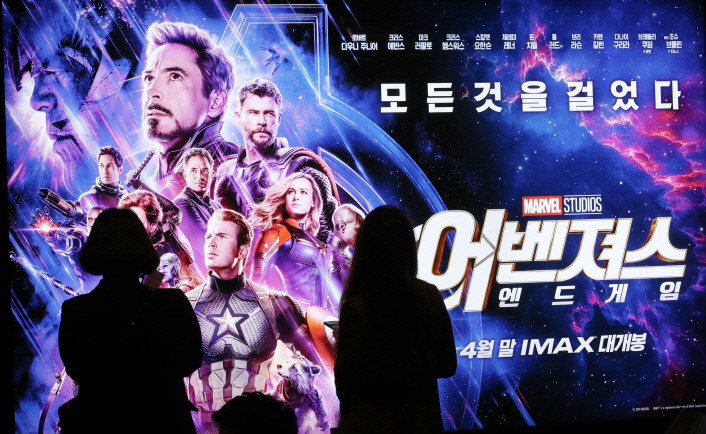 Moviegoers at a theater in Seoul where “Avengers: Endgame” is playing. (Yonhap)

SEOUL, Apr. 27 (Korea Bizwire) – The box-office domination of “Avengers: Endgame” in South Korea has rekindled a drawn-out controversy over anti-monopoly regulation in the local cinema market.

The finale of the Marvel “Avengers” series hit 3.2 million admissions as of Friday, the third day of its release in the country, according to data from the Korean Film Council.

This box-office dominance brought back to the fore the heated debate over a potential anti-monopoly law for the cinema industry as hinted at by the recently installed Minister of Culture, Sports and Tourism Park Yang-woo a few days earlier.

“(I am) actively reviewing the introduction of a ceiling on (cinema) screens,” Park said in his first press conference as culture minister Monday.

He was referring to long-running government and parliamentary efforts to put a legal limit on the number of theater screens one particular film should be allowed.

“Since (the ministry) needs final negotiations with the National Assembly, it’s hard to say what percentage, but it will not take too long (to adopt the regulation) as a law revision is under way,” he noted.

On the back of the Avengers film’s speedy box office success, Park’s comments led some YouTube broadcasters and bloggers to raise accusations of protectionism, with one right-leaning YouTuber saying the government “is not allowing people to pick and choose the films that entertain them.”

Even before the record-breaking hit of the previous Avengers film, “Infinity War,” last year, the local cinema industry and politicians have been grappling with how to reform the film distribution system, which is virtually monopolized by affiliates of CJ and Lotte Group. 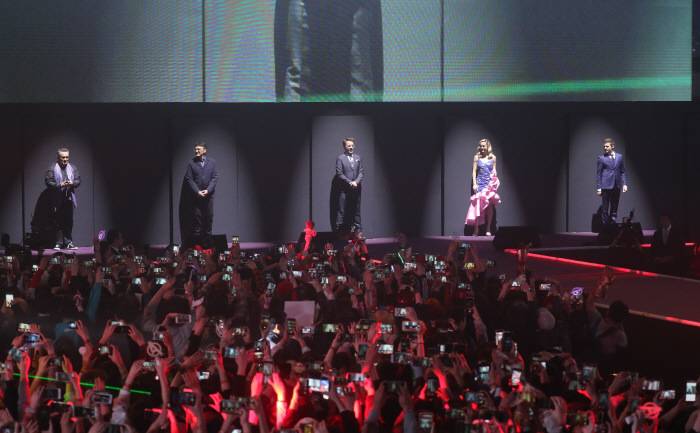 The 2017 local film “The Battleship Island,” distributed by CJ E&M, became a watershed in anti-trust efforts after the blockbuster film took up a then record high 2,027 local screens, mainly driven by CJ’s dominant market share in the movie theater business.

This sparked market-flooding accusations against big theater chains, including CJ and Lotte, which together control nearly 80 percent of movie screens nationwide.

This led, in turn, to the introduction of a parliamentary bill in late 2017, aimed at banning a single film from taking up more than 40 percent of the screens at a conglomerate-run movie theater.

Including this, there are four legislative bills pending at the National Assembly on the issue, and the culture ministry is currently negotiating with the parliament on one of the bills, a revision of the Promotion of the Motion Pictures and Video Products Act, proposed by Rep. Woo Sang-ho of the ruling Democratic Party.

This revision bill prohibits a single film from taking up more than half the screens at a multiplex theater during prime cinema hours.

The law, if revised as proposed, is highly likely to affect local big-budget films and Hollywood blockbusters, while indie films or other works by smaller production and distribution firms would have a higher chance of gaining a cinematic debut.

An official at the culture ministry said the envisioned regulation would not target any specific kind of film.

“It will be equally applied to all films, both local and foreign,” the official said, adding that the objective is to “equally guarantee the right to choose for all.”