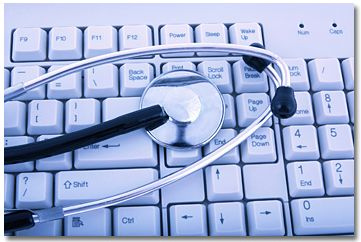 Economic Impact of Cybercrime Estimated at $445 billion Worldwide, and between 15 percent and 20 percent of the value created by the Internet (image: IntelFreePress/ flickr)

SANTA CLARA, Calif. June 9, 2014 (Korea Bizwire)–A new report from the Center for Strategic and International Studies  (CSIS) and sponsored by McAfee, part of Intel Security, shows the  significant impact that cybercrime has on economies worldwide. The  report, “Net  Losses – Estimating the Global Cost of Cybercrime,” concludes  that cybercrime costs businesses approximately $400 billion worldwide,  with an impact on approximately 200,000 jobs in the U.S. and 150,000  jobs in the EU.

The most important cost of cybercrime comes from its damage to company  performance and to national economies. Cybercrime damages trade,  competitiveness, innovation and global economic growth. Studies estimate  that the Internet economy annually generates between $2 trillion and $3  trillion, a share of the global economy that is expected to grow  rapidly. Based on CSIS estimates, cybercrime extracts between 15 percent  and 20 percent of the value created by the Internet.

Cybercrime’s effect on intellectual property (IP) is particularly  damaging, and countries where IP creation and IP-intensive industries  are important for wealth creation lose more in trade, jobs and income  from cybercrime than countries depending more on agriculture or  industries of low-level manufacturing, the report found. Accordingly,  high-income countries lost more as a percent of GDP than low-income  countries – perhaps as much as 0.9 percent on average.

“Cybercrime is a tax on innovation and slows the pace of global  innovation by reducing the rate of return to innovators and investors,”  said Jim Lewis, senior fellow and director of the Strategic Technologies  Program at CSIS. “For developed countries, cybercrime has serious  implications for employment. The effect of cybercrime is to shift  employment away from jobs that create the most value. Even small changes  in GDP can affect employment.”

Economic Impacts on both Businesses and Consumers

CSIS researchers found that the United States notified 3,000 companies in 2013 that they had been hacked, with retailers leading as a favorite target for hackers. In the U.K., retailers reportedly lost more than $850 million to hackers. Australian officials reported that large scale attacks have occurred against an airline, hotel chains and financial services companies, costing an estimated $100 million. With proper protections in place, these losses could be avoided.

The report found that global losses connected to “personal information”  breaches could reach $160 billion. Forty million people in the U.S.,  roughly 15 percent of the population, have had their personal  information stolen by hackers. The study tracked high-profile breaches  around the world: 54 million in Turkey; 20 million in Korea; 16 million  in Germany and more than 20 million in China.

Part of the losses from cybercrime are directly connected to what  experts call “recovery costs,” or the digital and electronic clean-up  that must occur after an attack has taken place. The McAfee-CSIS report  discovered that while criminals will not be able to monetize all the  information they steal, their victims must spend significant resources  as if they could.

In Italy, for example, actual hacking losses totaled $875 million, but  the recovery, or clean-up costs, reached $8.5 billion. In other words,  there can be a tenfold increase between the actual losses directly  attributed to hackers and the recovery companies must implement in the  aftermath of those attacks.

Governments are beginning serious, systematic efforts to collect and  publish data on cybercrime to help countries and companies make better  choices about risk and policy. Improved international collaboration, as  well as public/private partnerships are also beginning to show tangible  results in terms of reducing cybercrime. Last week, 11 nations announced  the takedown of a crime ring associated with the GameOver Zeus botnet.

“It’s clear that there’s a real tangible economic impact associated with  stopping cybercrime,” said Scott Montgomery, chief technology officer,  public sector at McAfee. “Over the years, cybercrime has become a growth  industry, but that can be changed, with greater collaboration between  nations, and improved public/private partnerships. The technology exists  to keep financial information and intellectual property safe, and when  we do so, we create opportunities for positive economic growth and job  creation worldwide.”

Report can be found at: http://www.mcafee.com/us/resources/reports/rp-economic-impact-cybercrime2.pdf

McAfee, part of Intel Security and a wholly owned subsidiary of Intel  Corporation (INTC), empowers businesses, the public sector, and  home users to safely experience the benefits of the Internet. The  company delivers proactive and proven security solutions and services  for systems, networks, and mobile devices around the world. With its  visionary Security Connected strategy, innovative approach to  hardware-enhanced security, and unique global threat intelligence  network, McAfee is relentlessly focused on keeping its customers safe. http://www.mcafee.com

For 50 years, the Center for Strategic and International Studies (CSIS)  has developed practical solutions to the world’s greatest challenges. As  we celebrate this milestone, CSIS scholars continue to provide strategic  insights and bipartisan policy solutions to help decision makers chart a  course toward a better world. CSIS is a bipartisan, nonprofit  organization headquartered in Washington, DC. The Center’s 220 full-time  staff and large network of affiliated scholars conduct research and  analysis and develop policy initiatives. This report builds an economic  model to scope the direct losses from cybercrime and cyberespionage  around the globe. CSIS enlisted economists, intellectual property  experts, security researchers to develop report.