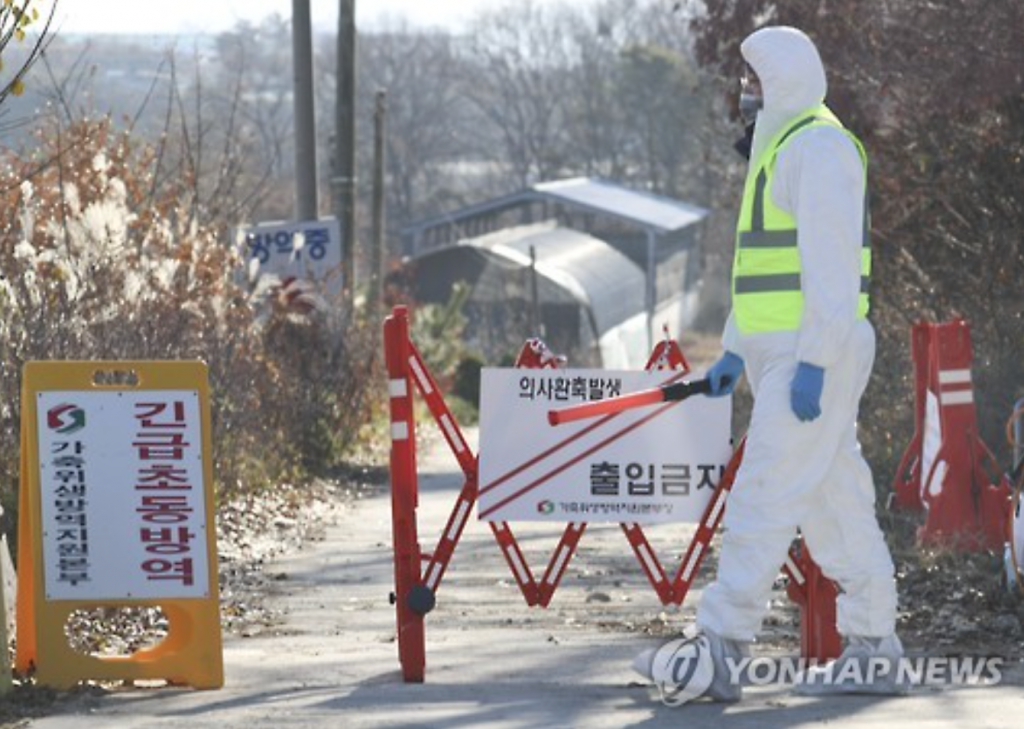 The military’s half-hearted efforts in helping to ease the country’s historic AI outbreak are starting to face criticism, and the excuse of opposition from the parents of conscripted soldiers is seen as unacceptable by many. (image: Yonhap)

And while officials are struggling to secure the necessary manpower for the mass culling efforts, the military has so far been reluctant to offer a hand by mobilizing its troops to help out with the process.

A total of 71,000 personnel have so far been assembled for the quarantine and culling efforts across the country, 2,683 of which are from the military, none of whom took part in the culling activity.

According to government officials, most of the soldiers assigned to the sites are in charge of controlling traffic to and from the areas, and cleaning up after the culling process is complete, a practice that is the polar opposite from that in Japan, where Self-Defense Forces are deployed into the culling sites once there is an AI outbreak.

“I understand that Japan operates a voluntary military system (unlike conscription in Korea), but its military has always been at the front lines of culling sites,” said an official from the Ministry of Agriculture, Food and Rural Affairs.

Korean soldiers were mobilized for culling in 2008, none of whom were infected with the AI virus. However, following complaints from parents of conscripted soldiers, and concerns for potential animal-to-human infection, the military has since refrained from assigning soldiers to assist with the culling.

“The chance of infection is minute, as long as they stick to the quarantine guidelines. But given the concerns from parents, I believe the Ministry of Defense has established a policy wherein soldiers are not mobilized for the actual culling sites.”

The military’s half-hearted efforts in helping to ease the country’s historic AI outbreak are starting to face criticism, and the excuse of opposition from the parents of conscripted soldiers is seen as unacceptable by many. 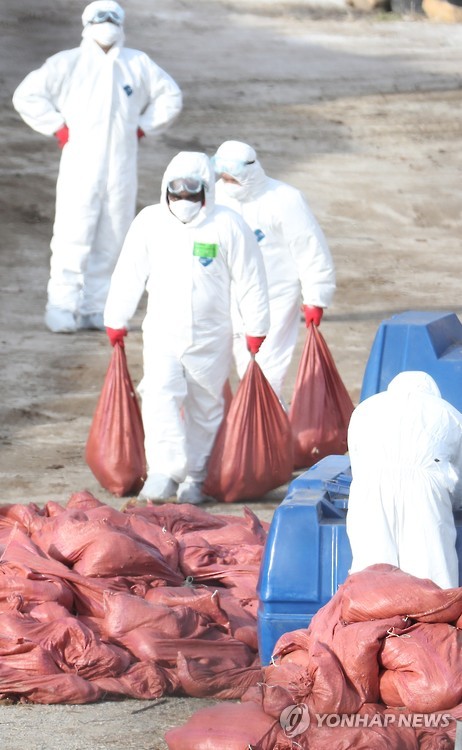 Especially given the circumstances that culling processes have been delayed due to a lack of manpower, voices of disapproval towards the military’s passive efforts have surfaced.

“As far as I’m concerned the military has its own guidelines that prevents its soldiers from working at culling sites,” said an unnamed official from a local government. “I understand the perspectives of parents with their kids in the military, but we are suffering a serious shortage of manpower.”

Following the concerns that delayed culling may lead to further proliferation of the virus, the defense ministry ultimately deployed 100 officers and NCOs, not conscripted soldiers, on Wednesday into culling sites in Gimje, North Jeolla Province, which some saw as a publicity stunt.

“Our policy to not deploy (conscripted) soldiers into culling sites is not official,” said a ministry official. “We agreed that it would be best not to mobilize soldiers for the job following many petitions from family members after the 2008 AI outbreak.”

“It’s a decision that was made from the perspective of soldiers’ parents, but we can consider their deployment if we feel the situation is getting out of hand.”