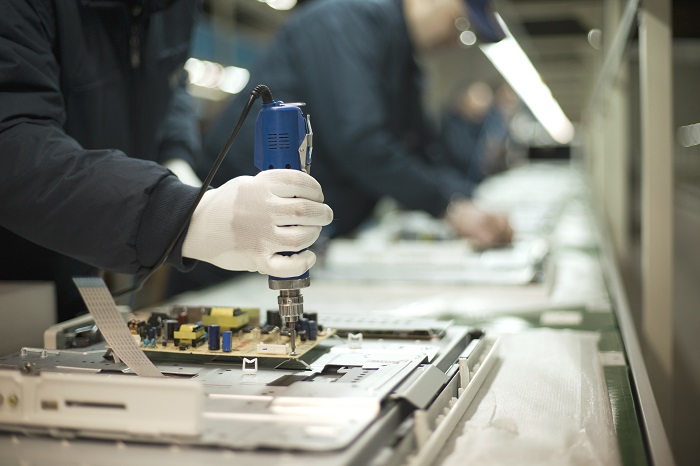 SEOUL, Dec. 14 (Korea Bizwire) — An increase in the minimum wage has helped improve productivity at South Korean manufacturing firms in general, but its impact varied by sector and size of business, a report said Friday.

South Korea’s minimum wage has gradually increased since the government first implemented the policy in 1988.

The manufacturing industry saw its productivity improve over the cited period, as higher salaries encouraged employees to work harder and nudged managers to reduce costs.

“An increase in the minimum wage brought improvements in productivity in the manufacturing industry as a whole,” said Ryuk Seung-whan, one of the authors of the BOK report. “But the influence of a minimum wage increase differed across sectors and sizes of companies involved,”

By size, smaller firms, which employ higher numbers of low-paid workers, were assessed as having suffered negative impacts from higher minimum wages, while bigger firms experienced clear enhancements in productivity.

The minimum wage issue has emerged as a hot potato in South Korea as the government implemented a steep increase of the minimum wage, to 8,350 won for next year, up 10.9 percent from 7,530 won, as part of its income-led, or consumption-led, economic growth strategy. The rate also jumped 16.4 percent on-year in 2018.

The sharp increase has stirred up strong objections from small businesses who complain of higher labor costs amid an economic downturn. Critics also argue that the increase is hurting entry level jobs and weighing down the local economy.

“This study did not cover the recent steep increases of minimum wage and non-manufacturing sectors, like retail and restaurants,” said the author. “Still, we have to consider its diversified influences on different sectors and sizes of companies when we map out minimum wage policies going forward.”