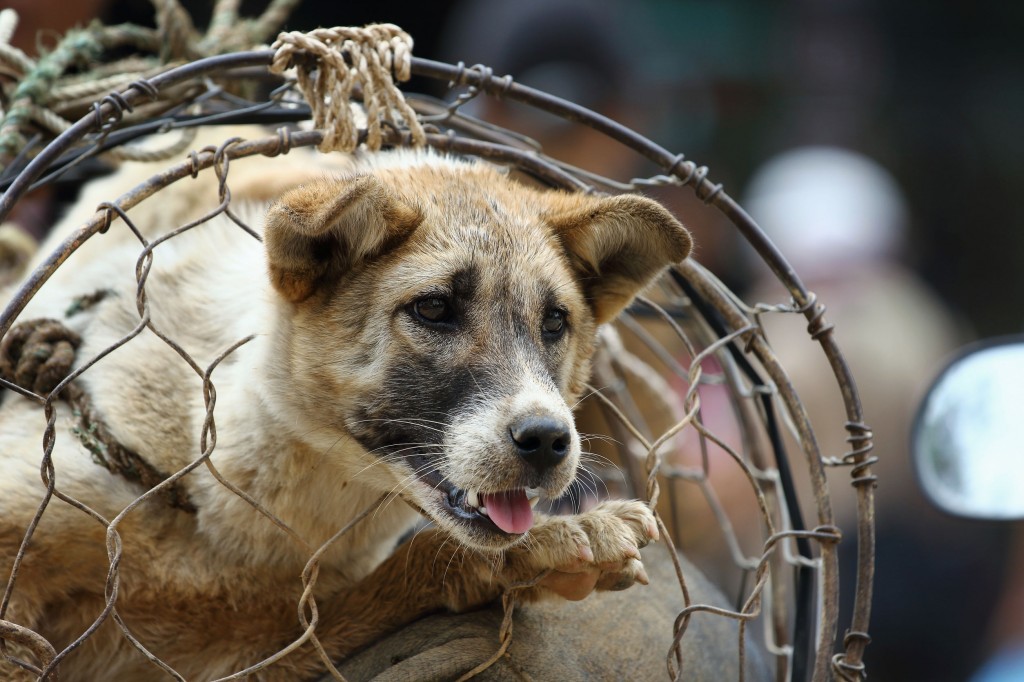 Currently, the 22 dealers selling (and occasionally purchasing from pet owners) dogs for food purposes, or operating their own in-house butchering facilities, are responsible for distributing 80,000 dogs – dead or alive – each year. (image: KobizMedia/ Korea Bizwire)

SEONGNAM, South Korea, Feb. 27 (Korea Bizwire) – Seongnam’s Moran Market is finally making a move away from dog meat distribution, which has long given the traditional market a bad name for animal cruelty.

According to the city government and the Moran Market vendors’ association, 15 of 22 vendors selling dog meat are beginning a voluntary process to renovate their stores, to ultimately switch to non-dog meat businesses, starting Monday in accordance with an agreement reached by the two bodies in December of last year.

Seven stores stuck to their guns and refused to give up their dog meat trade, with owners mainly citing financial losses and claiming that the deal threatened their livelihood.

Dog meat vendors first found their place at the Moran Market with its establishment in the 1960s. The number of sellers gradually increased until 2001 to 54, but started dropping in 2002 with the declining popularity of dog meat.

Currently, the 22 dealers selling (and occasionally purchasing from pet owners) dogs for food purposes, or operating their own in-house butchering facilities, are responsible for distributing 80,000 dogs – dead or alive – each year. 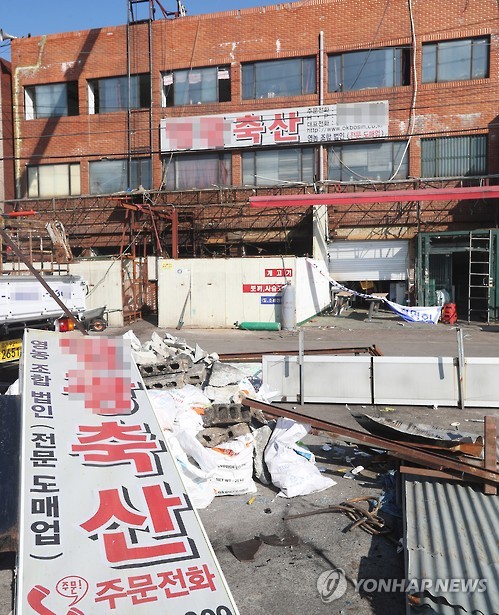 A store is being torn down for renovation on Monday, as part of the first step for ultimately switching to a non-dog meat business. (image: Yonhap)

Although growing public awareness of animal cruelty slowly began to pressure these vendors over the past decade, the lack of legal provisions for dog meat distribution have left animal rights activists helpless in their efforts to ban the gruesome practice.

Criticism prevailed from both home and overseas over the unethical practice of butchering and trapping the animals in small cages – and the disturbing odor and noise resulting from the practice.

The decision to clear the stores was announced on December 13 after five months of evaluation, planning, and negotiation under the supervision of a special city government task force dedicated to resolving the issue.

According to the agreement, all vendors must stop dog meat distribution by May, with the city providing financial support to have their stores revamped and refurbished for other businesses. In the meantime, vendors will maintain their operations but at a minimal level, until they decide on their new business venture.

During a press conference in December, Seongnam Mayor Lee Jae Jae-myung pledged to “set an example of a Korea that lives in harmony with domestic animals,” quoting Mahatma Gandhi, “the greatness of a nation and its moral progress can be judged by the way its animals are treated.”