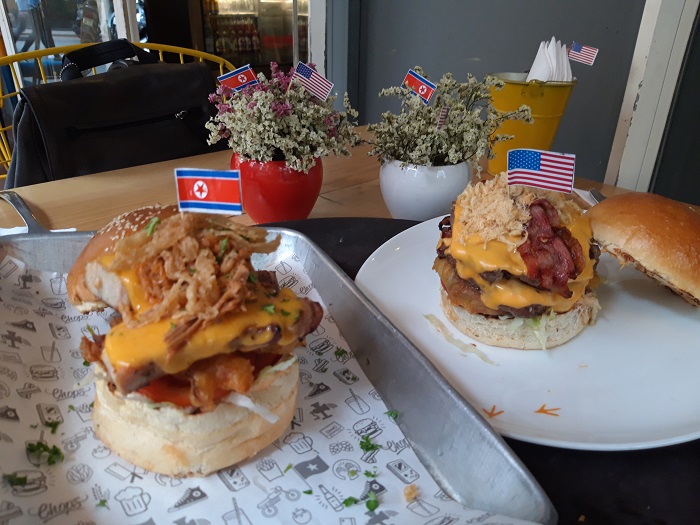 SEOUL, Feb. 25 (Korea Bizwire) – ‘Durty Donald’ and ‘Kim Jong Yum’ are the names of hamburgers invented by a restaurant in Hanoi, Vietnam where the 2019 North Korea-United States Summit will be held between U.S. President Donald Trump and North Korean Leader Kim Jong-un.

The restaurant, ‘Durty Bird’, came up with the witty burger names to commemorate the summit. The word ‘Durty’ in ‘Durty Donald’ came from the name of the restaurant.

An employee of the restaurant who referred to himself only as Jim hoped that President Trump would understand that it was a joke.

The restaurant changed the last syllable of Kim Jong-un’s name to ‘Yum’, which is short for ‘yummy’. The ‘Durty Donald’ uses beef for the patty, but has chicken as a topping in a nod to President Trump’s light-colored hair.

Meanwhile, the ‘Kim Jong Yum’ burger is made of pork and contains fried kimchi, which does not taste strong. The special menu items are gaining much popularity after being publicized in local media. 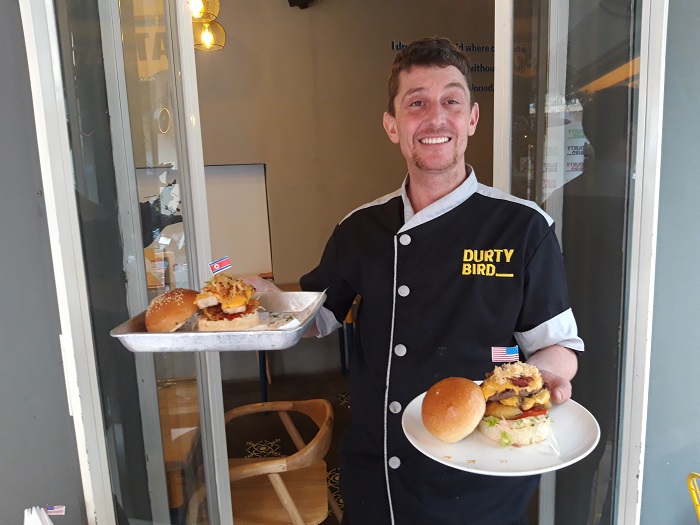 Although the special burgers officially launched on Monday, the restaurant had still been serving the special offerings for those who insisted on eating them.

Meanwhile, a North Korean reporter who came to taste the burgers on Sunday also did an interview, asking about the story behind the creation of the special menu items.

According to Jim, the reporter seemed to be happy with the burgers after tasting them. 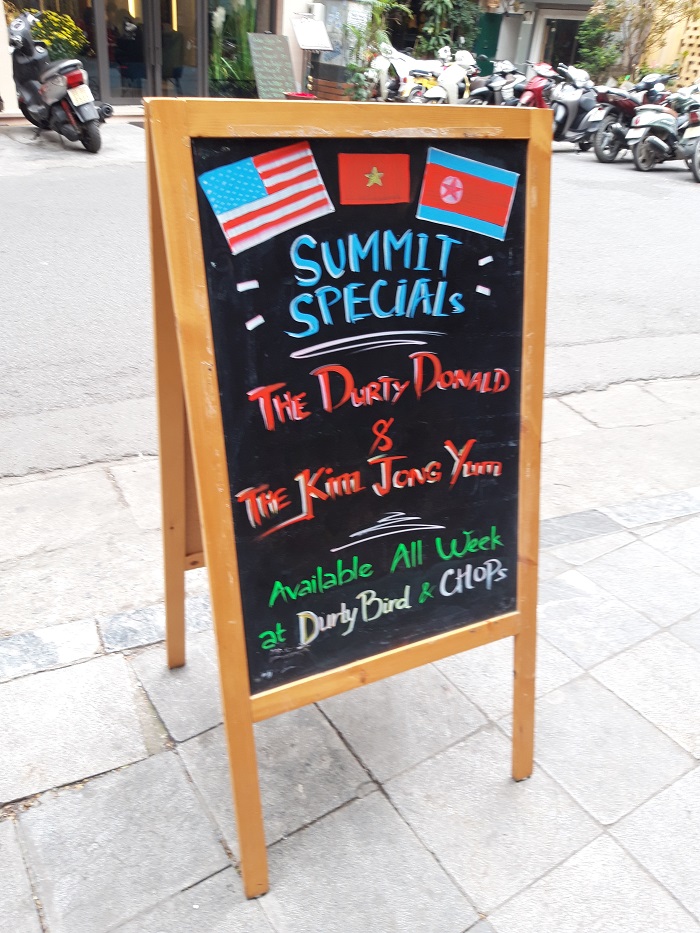