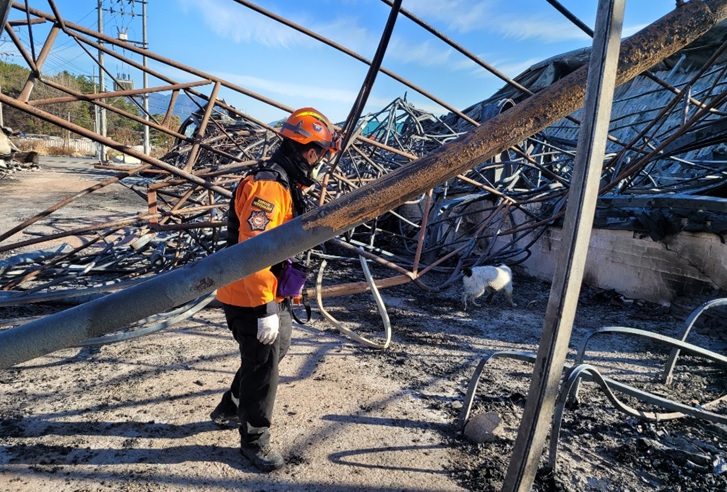 SEOUL, Dec. 29 (Korea Bizwire) — The scope of activities for firefighting dogs will be expanded from lifesaving to fire investigation and search-and-rescue at sea.

The National Fire Agency announced that it will change the official name of firefighting dogs from ‘lifesaving dogs’ to ‘119 rescue dogs’ in accordance with the law revised by the National Assembly.

The agency also decided to expand the scope of activities for firefighting dogs from lifesaving to fire investigation, rescue at sea and detection of dead bodies.

To establish the 119 rescue dog squad, the agency is reviewing the idea of training and operating three special purpose dogs, consisting of one fire investigation dog and two marine rescue dogs. 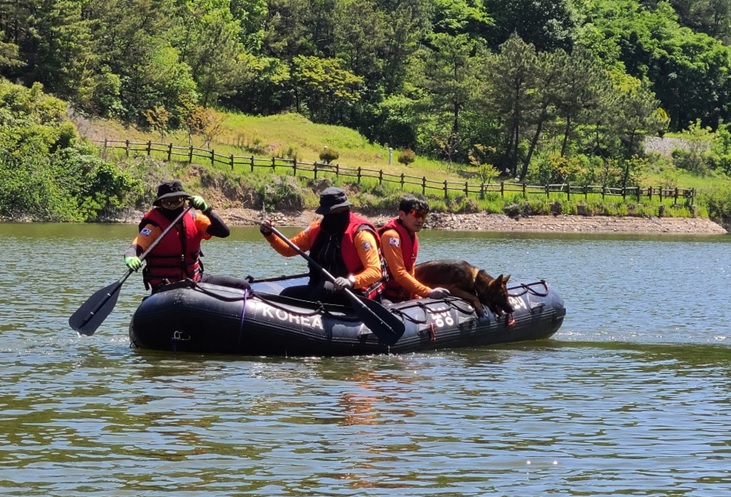 In the meantime, the number of people saved during the January to November period of this year by 28 life-saving dogs operating in eight major cities and provinces across the country totaled 16.

The number of cases where lifesaving dogs were dispatched during the first eleven months of this year stood at 615.