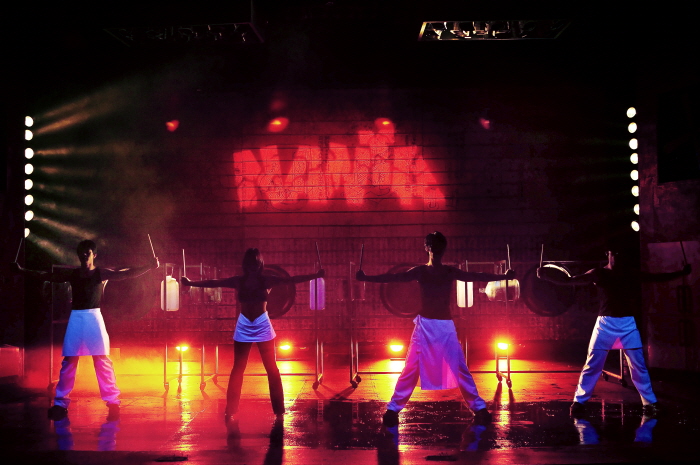 SEOUL, Jan. 4 (Korea Bizwire) – Nanta, the pioneering non-verbal performance show in Korea, is the first show ever whose accumulated number of viewers reached 10 million in the history of Korean stage productions, according to an announcement from PMC Production on January 2.

The 10 millionth viewer was a Chinese tourist, who saw Nanta at its exclusive theater in Chungjeongno. The lucky viewer will be invited to a party celebrating the milestone, to be held on January 26 at the Chungjeongno theater. 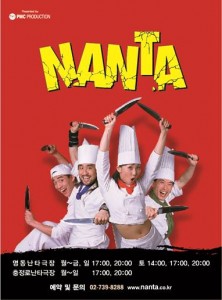 Nanta was first performed on October 10, 1997 at the Hoam Art Hall in Seoul. Nanta is a 100-minute non-verbal performance show of fun rhythmical percussion sounds. It follows three cooks and one manager of a restaurant who prepare traditional food while performing an exciting and merry Samulnori, a Korean traditional music performance.

The show was also the first Asian performance to appear on Broadway in New York, and opened to a full house at the Edinburgh Fringe Festival, the largest arts festival in the world. Nanta has been performed 31,290 times in 289 cities and 51 countries. A total of 8,975 knives, 2,070 chopping boards, 312,900 cucumbers and carrots, 219,030 cabbages and 125,160 onions have been used so far in the performances. Nanta is currently playing at four exclusive theaters: two in Seoul, one in Jeju and one in Bangkok, Thailand.

Nanta’s total number of accumulated viewers in Korea and abroad reached 10,085,010 on December 31.