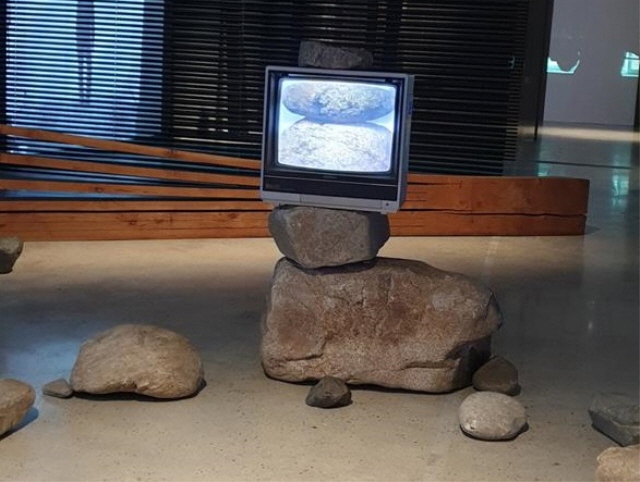 SEOUL, Nov. 27 (Korea Bizwire) — South Korea is a pioneering Asian country in video art, being the home of Paik Nam-june, the de facto inventor of the genre.

To chronicle the unique history of Korean video art, the National Museum of Modern and Contemporary Art (MMCA) is this week holding a special exhibition that illuminates key works of video art and video artists from the early 1970s to the late 1990s at its Gwacheon outlet.

The exhibition, “Korean Video Art from 1970s to 1990s: Time Image Apparatus,” will kick off its six-month run on Thursday at the museum’s main halls on the second and third floors. The show will be open till May 31 next year.

“Having started video art in the late 1960s and the early 1970s, the starting point of South Korea is pretty early for an Asia country, compared to Japan or China,” according to the exhibition’s co-curator Bae Myung-ji.

“This led to a tide of interest in studying and critiquing the history of Korean video art, especially from outside of the country,” the curator said as the motive for organizing the show.

The exhibition walks visitors through some 130 video art works, installations and still images from video art by some 60 representative video artists in chronological order, illuminating how the focus of Korean video art shifted from the initial experiment of video as a new art form to the discourse of globalization and neo-liberalism in the 1990s.

“Global Groove,” a 28-minute video montage of a salad of traditional and modern images from across the world, is part of the exhibition along with several of Paik’s other works.

Another work on display is a streamlined version of “Good Morning Mr. Orwell,” Paik’s 1984 cross-country satellite broadcasting project, designed as a rebuttal to the English author’s depiction of TV as a means of control and surveillance.

Paik’s pioneering works led many Korean artists, like Park, to explore the question of “imagination and existence” in works like “Untitled.”

The 1979 work builds a stone tower with actual rocks with video images of rocks, posing a question between reality and virtual reality.

The collection also includes a symbolic 1969 film, “The Meaning of 1/24 Second,” by Kim Ku-rim, which depicts images of sweeping urbanization alongside images of a stray man.

“The Sound of Landscape + Eye for Field,” a black mound of dirt encasing a video image of a moving eye by Yook Keun-byung, is another major presence setting the tone for the exhibition.

“Gravity Greater Than Velocity II,” an installation work featuring South Korean singing rooms by globally celebrated artist Lee Bul and colorful films by Kim Soo-ja are some of the major works characterizing the exhibition’s section featuring the era in the 1990s.

“It’s a textbook-like exhibition chronicling Korean video art from the 1970s to the 1990s. I wish MMCA had a separate video exhibition hall so that it could go on display after its six-month run,” MMCA Director Yun Bum-mo said in a press conference on Wednesday.