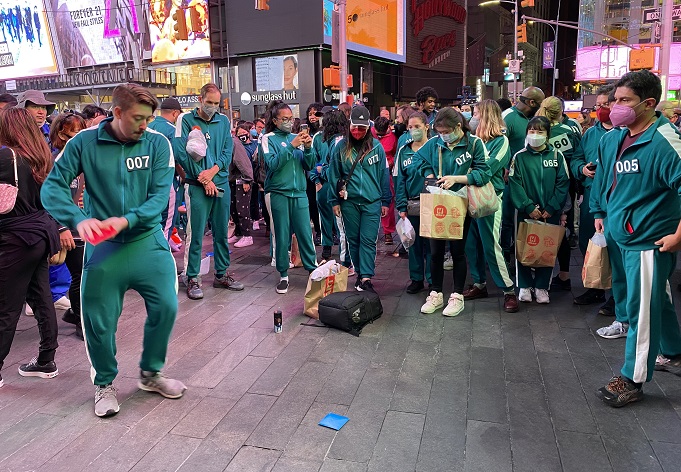 At the 2021 Korean Festival held by the Korean American Association of Greater New York at Union Square, Manhattan on Sunday, visitors were seen lined up in front of a stand selling Korean-style sugar candy, known as “dalgona.”

Another event hosted by the Korean Tourism Organization that took place in Manhattan two days later involved a ‘survival competition’ with a series of Korean children’s games, gaining significant interest among local residents. 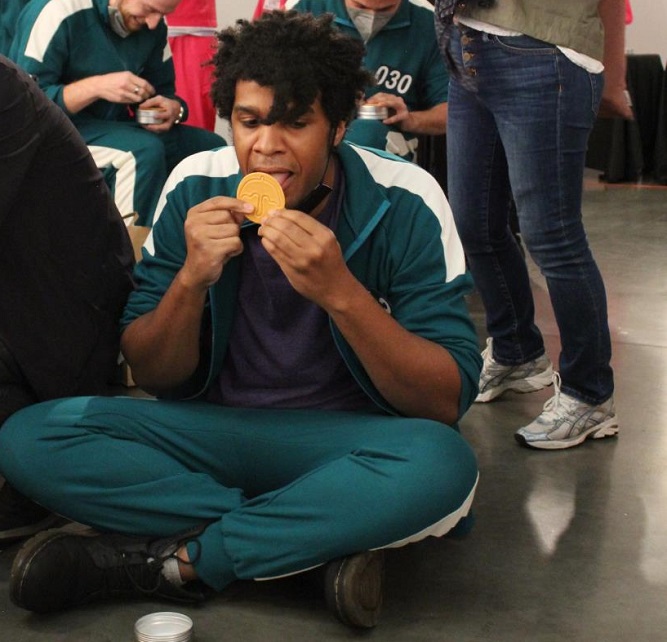 At Studio 525, where the event took place, participants were first invited to play a childhood game known as “dalgona bbobggi.”

Next up was Korean flip flop game “ddakji,” where people were seen hurling paper origamis at each other, both children and adults alike.