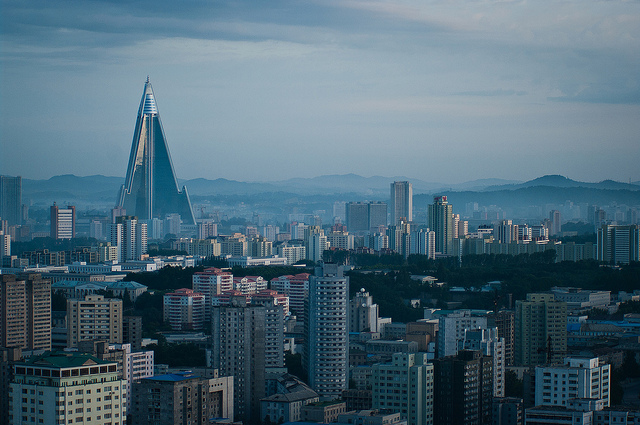 The Korea National Insurance Company (KNIC), the state-run insurance company in North Korea, revealed on their homepage that issues related to mobile phone insurance were discussed at the annual governors’ meeting in February. (image: Jen Morgan/flickr)

The Korea National Insurance Company (KNIC), the state-run insurance company in North Korea, revealed on their homepage that issues related to mobile phone insurance were discussed at the annual governors’ meeting in February.

The company says that the insurance business has grown over the years. “Many districts are adopting new businesses including insurance for mobile phones, and are receiving positive feedback for increasing applicants and insurance coverage, enlarging the premium imports.”

Like South Korea, insurance for mobile phones is not a must in North Korea. However, due to the recent increase in the number of mobile phone users, the number of cases where one loses or breaks their phone is growing, leading to growth in the micro insurance market.

In addition, the KNIC is preparing to launch an insurance product that covers fruit farms. The company explained the motives behind the creation of the new product. “Since Kim Jong-un seized power, North Koreans have concentrated on agriculture as well as growing fruit, but are facing difficulties because of abnormal climate change. That is why we came up with an insurance product that will cover orchards.”
The KNIC will organize an insurance security for big farms like the Daedong-gang Orchard and Gosan Orchard in Gangwon province. The insurance will cover loss do to different natural phenomena such as droughts, excessive heat, fire, hail, floods, storms and landslides.

Considering that North Korea has encouraged insurance companies to be a source of foreign currency, insurance on orchards could be understood in the same context.

However, the KNIC and their head, Seo Dong-myung are both on the EU’s list of sanctions against North Korea. The EU decided to freeze funds and all economic assets related to the KNIC and Seo. Also, the Office of Foreign Assets Control (OFAC), an organization under the US Department of Treasury, levied a $271,000 fine on Navigators, an American insurance company, for selling ship insurance to North Korea.

Even so, the fact remains that various insurance products are being launched in North Korea under the Kim Jong-un system. Since Kim Jong-un seized power, the market economy has been spreading, with companies having independent management rights and individuals enlarging profits, and the appearance of insurance to protect and preserve one’s property is interesting. Insurance companies are expected to maximize their profits by creating new premium receipts.