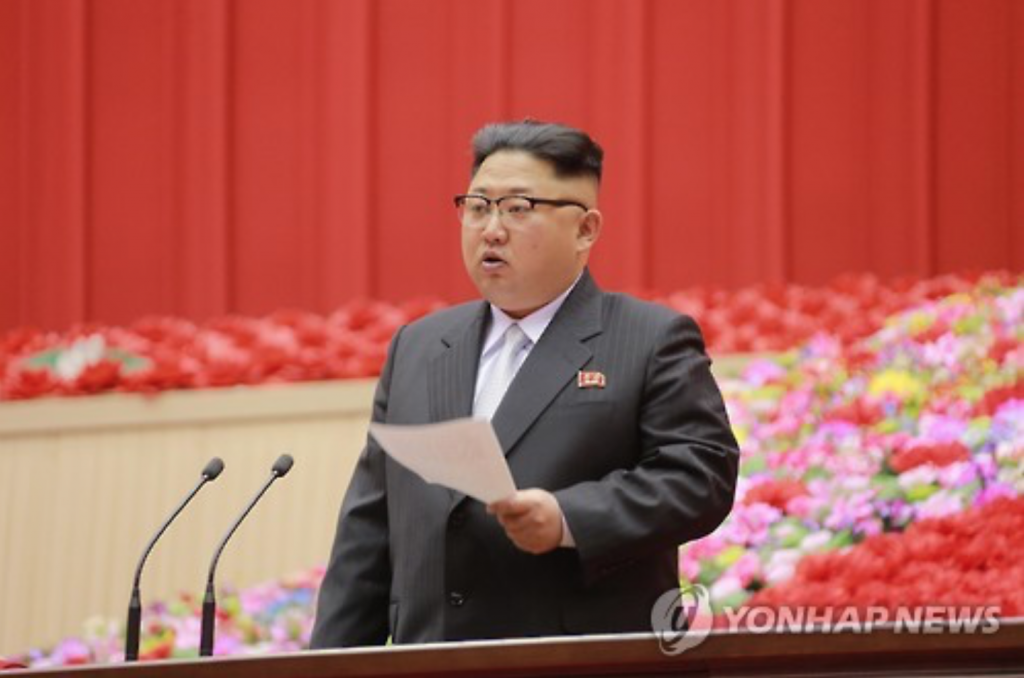 Kim’s choice of a suit is seen by experts as an effort to promote an image of himself as a “normal leader” of a country. (image: Yonhap)

SEOUL, Dec. 26 (Korea Bizwire) – In a rarely seen sight, North Korean leader Kim Jong-un appeared at the country’s first conference for the primary committees dressed in a suit, instead of his typical military or “Mao” attire.

In photos released on December 24 and 25 by the Korean Central News Agency, Kim wore a black pinstripe suit with a silver necktie on the first day of the conference (23rd), and he also appeared in the black suit on the second day (24th).

According to officials, this was the second time that Kim suited up for a public occasion since May, when he wore a suit for the congress of the Workers’ Party of Korea and a public inspection of a machinery exhibit. He is almost always seen either in military clothing or a Mao suit.

Kim’s choice of a suit is seen by experts as an effort to promote an image of himself as a “normal leader” of a country, both domestically and internationally.

“Given the imminent introduction of the Trump administration, its significance lies in that he is presenting a refined image of a leader to the international community,” said North Korea studies professor Kim Yong-hyun from Dongguk University. “It’s also an attempt at trying to display a fresh leadership persona to its internal organizations.”

Another speculation is that Kim is mimicking his grandfather and the first North Korean supreme leader, Kim Il-sung, who was routinely seen wearing a suit.