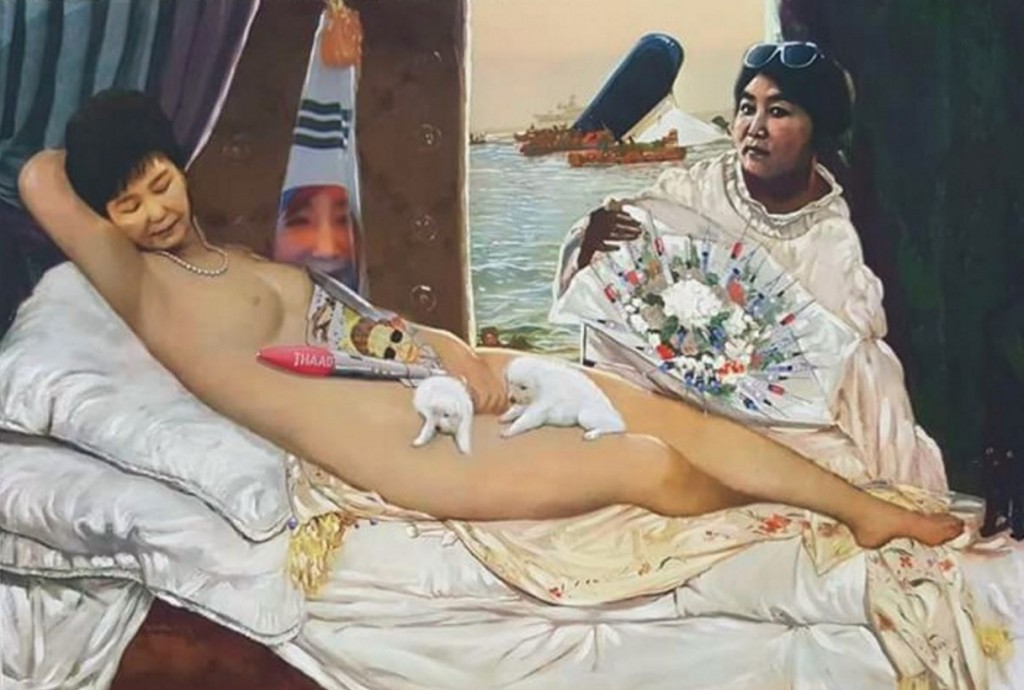 SEOUL, Jan. 24 (Korea Bizwire) – An exhibition in the lobby of the National Assembly building faced scrutiny Tuesday after it featured a parodied picture of Edouard Manet’s “Olympia”, with the faces altered to portray President Park Geun-hye and her confidante Choi Soon-sil.

The exhibition was organized by Democratic Party lawmaker Pyo Chang-won, who has now been referred to the party’s ethics panel, although he said he did not choose the displayed works himself. Mr. Pyo said he will take full responsibility for the controversy, but added that the exhibition should be respected in terms of freedom of speech.

“I would never intervene, obstruct, oppose, or disrupt mockery, caricature, parody or satire against me,” he said. “In the same manner, we should respect criticism and satire of public figures including the president, politicians, and all others with authority.”

A two dozen members from a conservative organization strongly denounced the painting at the National Assembly building, with some detained by the police after damaging the work. 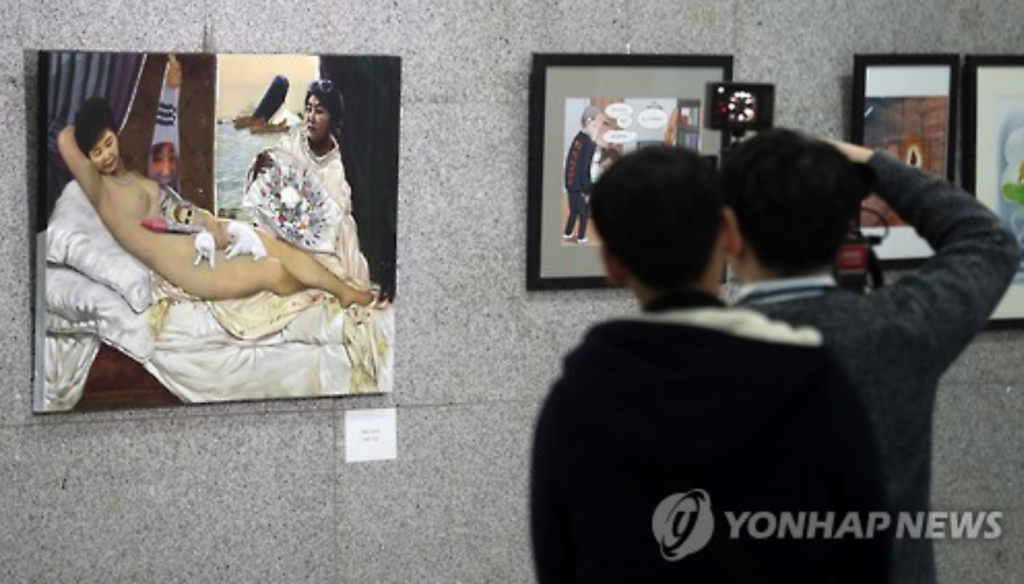 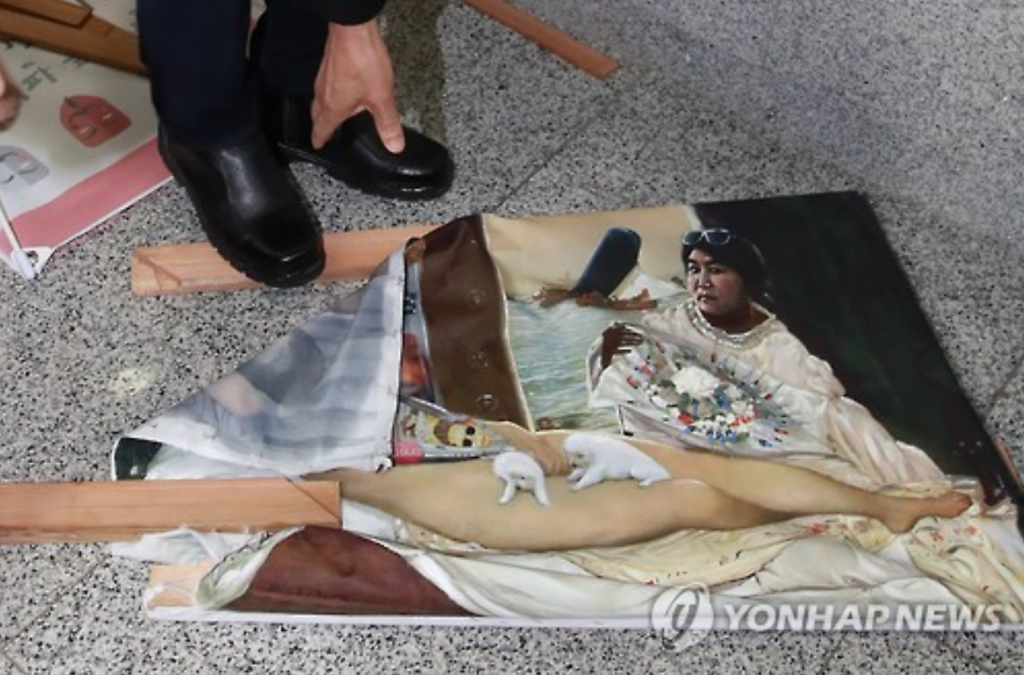