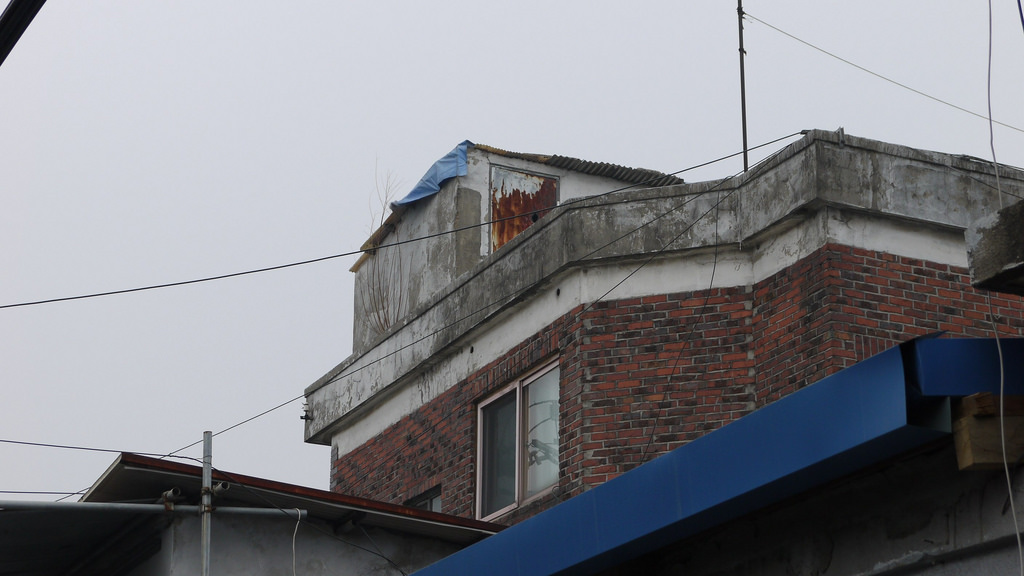 The report also found more than 40 percent of single middle-aged individuals are living on rent with a deposit, while only around 30 percent own their own place. (Image: Michael-kay Park from Flickr)

SEOUL, April 14 (Korea Bizwire) – One in ten single individuals aged 35 to 64 in South Korea lives under substandard housing conditions, a recent report from the Ministry of Land, Infrastructure, and Transport (MOLIT) revealed.

Of a total of around 19 million households, over 5.2 million were single households, the Korea Research Institute for Human Settlements (KRIHS) discovered after analyzing the 2016 report published by the MOLIT.

Among those living alone, there were nearly 2.3 million individuals between 35 and 64 years of age, 10 percent of which were living in what the government would officially consider as substandard housing, such as a shacks, shipping containers, or in an extremely small room.

The figure for people living under poor conditions was notably higher among middle-aged households (10 percent) compared to youth (6.7 percent) and the elderly (6.1 percent).

When broken down by housing types, those living in a basement, semi-basement or a rooftop house accounted for 6.3 percent, while just over one percent were living in a flophouse.

However, just over a quarter of single middle-aged individuals were living in studio apartments, commonly known as ‘one-room’ apartments in South Korea, while nearly 70 percent of adolescents who were living alone preferred a studio.

The report also found more than 40 percent of single middle-aged individuals are living on rent with a deposit, while only around 30 percent own their own place.

The average deposit single middle-aged individuals pay for housing accommodations was estimated at around 13 million won, with an average monthly rent of 287,000 won, slightly above the average rent of single households of all age groups.

“Many single middle-aged individuals are renting and thought to be living under poor housing conditions. More needs to be done to make housing more affordable for these people, such as increasing public rental housing,” a researcher at the KRIHS said.

As South Korea faces the twin problems of an aging population and a low birth rate, the government is being urged to come up with measures to protect citizens from vulnerable housing conditions.