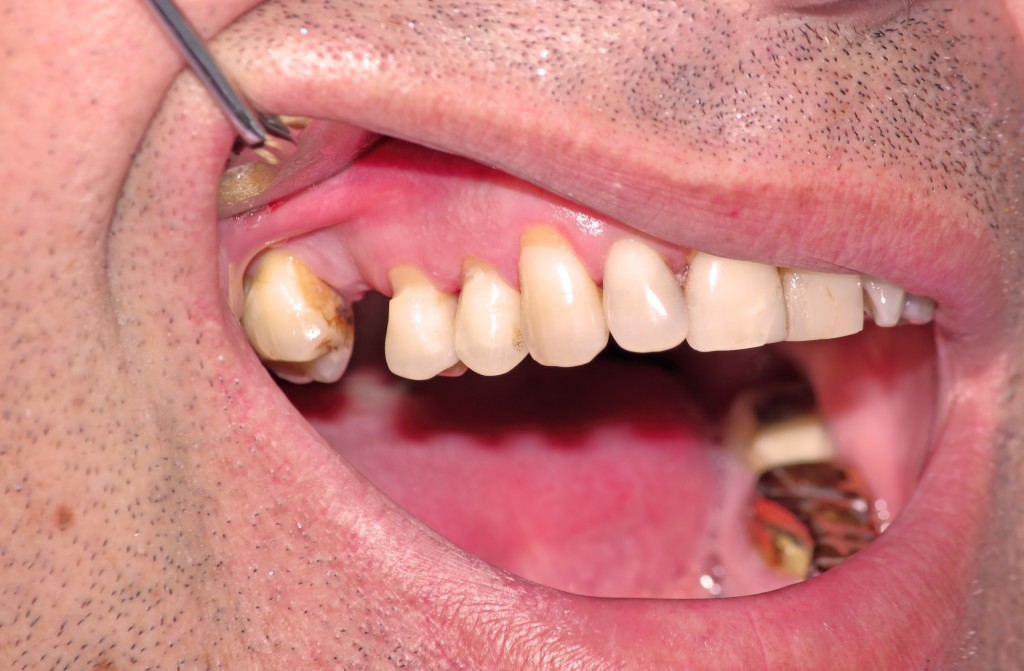 A recent big data analysis indicates that men with periodontal diseases are at a higher risk of sexual performance issues than those without. (Image : Shutterstock)

SEOUL, March 25 (Korea Bizwire) – A recent big data analysis indicates that men with periodontal diseases are at a higher risk of sexual performance issues than those without.

According to professor Kim Young-taek at the National Health Insurance Corp. Ilsan Hospital, the results of a study on 1.03 million Korean men between 2002 to 2013 revealed that men who had periodontal diseases were 1.53 times more likely to develop impotency.

Periodontal diseases are caused by dental plaque, which refers to germs that remain inside the mouth even after brushing teeth. Plaque clings to teeth and infects surrounding tissue. The gums get swollen, bleed, form pus, and in severe cases, bone structure can be compromised.

The reason periodontal diseases can have a negative effect on male sexual performance remains to be determined. However, some academics believe that bacteria is mixed into the blood as a result of gum infections, and acts to prevent males from achieving an erection.

He added that the prevention of periodontal diseases is important for maintaining a better sex life. He also noted that the research showed meaningful results since the study was conducted on more than one million Korean men. Prior to Kim’s research, similar studies were conducted by researchers overseas, but the sample sizes were too small and the results weren’t conclusive enough to extrapolate to Korean men.

The results of the study were published in the recent issue of the international medical journal ‘Medicine’.

Another Korean medical research team has discovered a correlation between menstrual irregularity and periodontal disease, showing that the inflammation of the gums could have more severe effects on other body parts than what was previously thought.