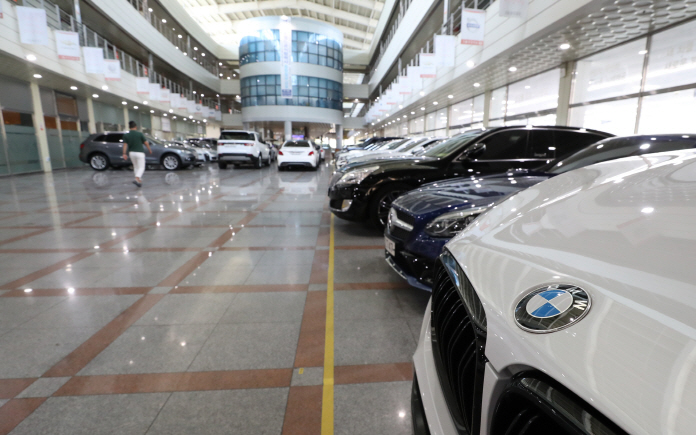 SEOUL, Aug. 22 (Korea Bizwire) — After BMW Korea’s recent decision to recall its vehicles, the price of used BMWs is falling with the number of cars being sold stagnating.

This is according to SK Encar, South Korea’s biggest online used car market, which surveyed current market prices and number of vehicles sold for BMW’s 520d models (2015) registered on its website.

Meanwhile, the competing models of other car makers such as the Mercedes E-class and Audi A6 were seen to be benefiting from BMW’s misfortune, as enquiries and sales of their respective vehicles were on the rise.

By the end of August, however, prices had fallen by approximately 1 percent. In addition, the ratio of BMW vehicles being sold fell by 20 percent after the fires became an urgent social issue.

Meanwhile, hits on searches for Mercedes E-class cars grew 24 percent, while the ratio of sales grew approximately 18 percent as well. Audi’s A6 model also saw a surge in the number of hits on the website.

Kim Seon-tae, a car dealer whose cars are registered on SK Encar, said that the price of BMW cars has fallen by 1 to 2 million won recently. “Dealers are trying to avoid purchasing the vehicles,” said Kim.