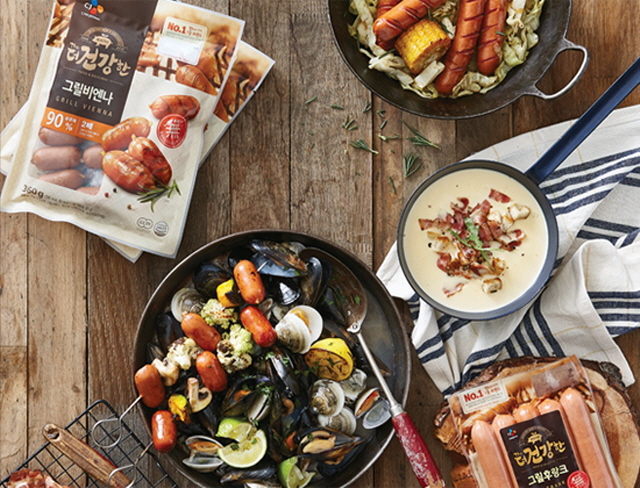 SEOUL, Apr. 26 (Korea Bizwire) — Korea’s domestic processed meat market saw a decrease in the popularity of ham eaten as a side dish and a rise in the consumption of hot dog sausages.

This was according to a market survey that analyzed the processed meat market over the last four years (published by CJ Cheil Jedang’s market research arm on Wednesday).

CJ Cheil explained the shift in trends for processed meat consumption from being formerly side dishes for children to food that adults have now come to enjoy.

The bacon market increased approximately 9.6 percent on average per year from 63 billion won to 84 billion, while sales of processed meat enjoyed as side dishes such as Vienna sausages and luncheon meat actually decreased, by 2.3 percent and 8.5 percent, respectively.

Analysts say that such trends may be attributed to the surging numbers of one- or two-person households, a decrease in the number of children due to low fertility rates, and an increase in the popularity of camping and those enjoying their drinks at home.

CJ revealed plans to launch new sausage and bacon products as a full meal targeting adults to be released in the first half of the year.