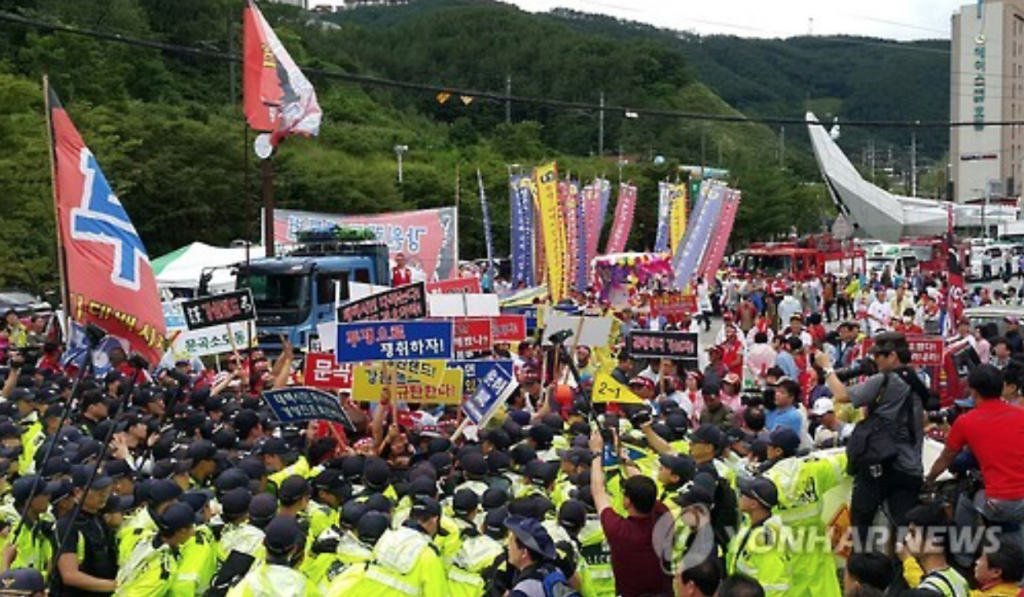 SEOUL, July 15 (Korea Bizwire) – “This is a city that was built on our sacrifices, and we won’t let poverty become the legacy for our children,” cried 53-year-old Bae Jeong-deok, reading a letter to the South Korean president during a protest held in Taebaek on Thursday.

Taebaek is a city in Gangwon Province on Korea’s east coast that prospered in the 1960s and 70s with a booming coal-mining industry. However, following a government restructuring of the coal industry in 1989, over 95 percent of the coal mines in Korea closed down, with thousands losing their jobs, leaving towns like Taebaek economically devastated.

One of the government plans to revitalize the declining economy of Gangwon’s once coal-driven cities and counties was Kangwon Land, an entertainment resort that houses a golf course, a ski resort, and the only casino in Korea that admits Koreans. Established in 1998, the casino alone brings in annual revenue of over 400 billion won ($353 million), allowing Kangwon Land to rapidly expand the scope of its operations in recent years.

However, residents of former coal mining communities, including Taebaek, are not convinced that the government plan has borne fruit, and have long been claiming that Kangwon Land is not fulfilling its mandate to improve the regional economy. And because Kangwon Land’s main businesses, including the casino, are gathered in a single location (Jeongseon County), the other communities in the area have had little chance to improve their economic situation. 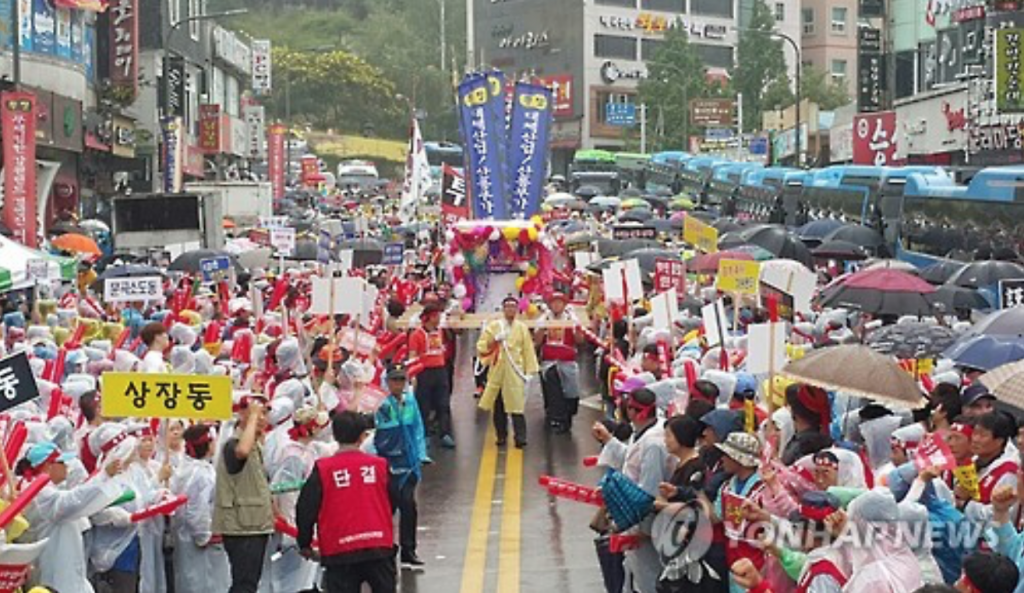 The dissatisfaction of Taebaek citizens peaked in June with the government announcing plans to potentially shut down the Korea Coal Corporation (KCC). Taebaek is home to Jangseong Mining Station, KCC’s largest operating mine, and shutting down the KCC leads to the shutdown of the Jangseong mine, which would further threaten the livelihood of Taebaek’s citizens.

Overwhelmed by the prospects of a dismal economic future, over 3,500 citizens took to the streets to protest and denounce the government’s announcement.

“The citizens of Taebaek are not asking for much,” read Bae. “We only ask for the slightest level of happiness, where we wake up and go to work, and go to the same work the next morning.”

“We don’t want our community to be the victim of economic logic anymore. We just want to have a simple, average future. And we need your care and affection.”

Some 700 citizens further protested in front of the administrative compound at Kangwon Land, demanding that the board of directors step down .

“Taebaek now has nothing left to lose, and we demand that Kangwon Land fulfil its responsibilities,” cried Jeon Young-su, the director of a regional civic committee. “The 50,000 Taebaek citizens will fight indefinitely to protect their right to live!”