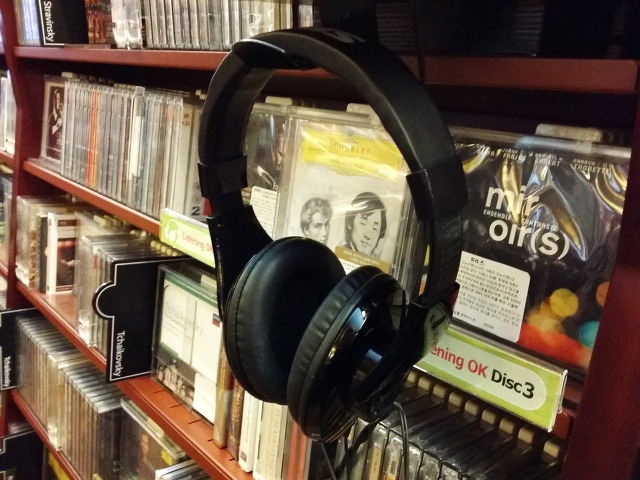 To those unfamiliar with the record industry standard, this may seem confusing — introducing a first album years after a debut? To be clear, there are also EP albums and digital singles, through which the above-mentioned groups have built their reputations on before dropping their first regular albums.

To go backwards in time to K-pop’s pre-streaming era, a mainstream debut usually meant that a full-length studio album was produced and published: The idea being that selling music to the masses is tough so quality and volume had to meet a certain level of standard. Back in the ’90s, the standard, benchmark format for selling music was the full-length album, sold mostly in printed CDs. Hit albums sold as much as a couple million copies.

But in today’s age of all-you-can stream music, full-length albums, for all intents and purposes, are going extinct. Quickly filling the void is a flood of successive EP albums and digital singles, slowly blurring the industry’s notion of regularity in terms of format and release cycle frequency.

Why is K-pop abandoning or moving away from the full-length album format? It basically boils down to the heated market competition and economics.

To give some perspective, the K-pop industry has ballooned at an exponential rate over the past decade or so. The music industry’s combined annual sales grew to 4.8 trillion won (US$4.23 billion) in 2015 from 1.8 trillion won in 2005.

Competition has also grown fiercer, with the number of talent agencies mushrooming in the hopes of creating the next Girls’ Generation, EXO or BTS. Hence consumers are being supplied with a flood of fresh products, with entertainment companies all aiming to grab a slice of the growing pie.

But a supply glut leads to a fundamental problem of new songs and artists effectively cannibalizing each other.

Imagine producing an expensive full-length album for more than a year, only to see it become dead on arrival. No artist or company would want to see that happen. This has prompted all major entertainment companies and artists to dole out music in smaller morsels and in more frequent release cycles.

AOA’s page on Melon.com shows part of the band’s discography. The team debuted in August of 2012 but released its first full-length studio album in January of 2017. (image: Yonhap)

S.M. Entertainment is at the forefront of this movement. The country’s largest record label-talent agency reoriented a huge chunk of its music business toward Station, the company’s weekly digital single release project carried out by its pool of artists.

Station is the company’s answer to the growing trend in which singles or EP albums, as opposed to full-length studio albums, become more critical to an artist’s and label’s popularity, market clout and ultimately revenue.

Other companies are also making sure their artists are getting sufficient and frequent exposure by measuring releases. For example, JYP Entertainment’s main girl group TWICE has released three number one songs — “TT,” “Knock Knock” and “Signal” — just in the first half of 2017.

GFriend, in 2015, released three EP albums, the “school trilogy,” in the course of one year, followed by its first full-length album “LOL” in July of 2016. “The Awakening,” GFriend’s most recent work, which came out in March, was also in EP form.

Gaon Chart, South Korea’s benchmark music sales tracker, shows that among the top 10 albums sold on the week of June 11-17, only one record, Day 6′s “Sunrise,” is a full-length studio album. 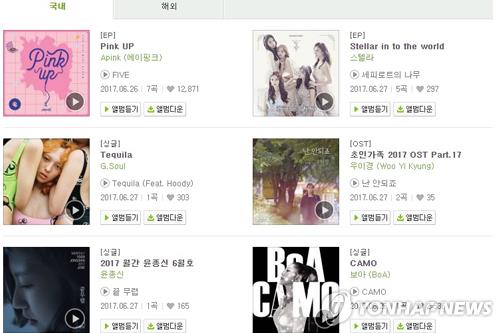 A majority of latest K-pop releases were either EP albums or digital singles. (image: Yonhap)

That doesn’t mean all idol groups are refraining from releasing full-length albums. Lovelyz of mid-sized company Woolim Entertainment made its debut through such an album in 2014. The girl group put out their second one in February. But the team isn’t taking luxurious breaks in between either, having released EP albums and digital singles at an average interval of four to six months.

Hardcore idol music fans tend to embrace this trend, glad for more opportunities to spend money on their favorite artists.

“It’s kind of like watching a TV show. When you’re hooked on a drama, you want to watch more of it. EPs and digital singles can accommodate that demand fans have,” said Kim Chul-hoon, a 40-year-old office worker in Seoul.

But some purists see it as business shredding up the spirit of art in music.

“Recording artists used to take pride in producing well-made cohesive albums. From the track list to the art, an album usually encompassed a unified concept or a vision by an artist. That seems to be vanishing in K-pop,” Oh Kyoo-yeol, a 39-year-old worker in Seoul, said.

Insiders say the heat is on for companies and artists to push out new materials more frequently in order to remain relevant in the hyper-competitive record market, more so if the artist happens to be a newcomer. Singer-songwriters are also no exception, having to fight for the limelight in a sea of idol musicians.

“From an artist’s perspective, the competitive landscape can be perceived as too much. Singers do enjoy the project-like nature of EPs and digital singles, but many also want to take the time and put out a complete body of cohesive works through full-length albums,” a representative at a mid-sized music label said.

Observers predict that the music release cycles and formats will become more and more fragmented down the road.

“With more artists shunning releasing regular albums, the idea of ‘regular’ is becoming more and more vague,” said Chung Deok-hyun, a Seoul-based cultural commentator. “Like the album debate sparked by G-Dragon’s recent solo sold on a USB, the industry seems to be faced with a decision on whether to change the definition of what constitutes a regular album.”