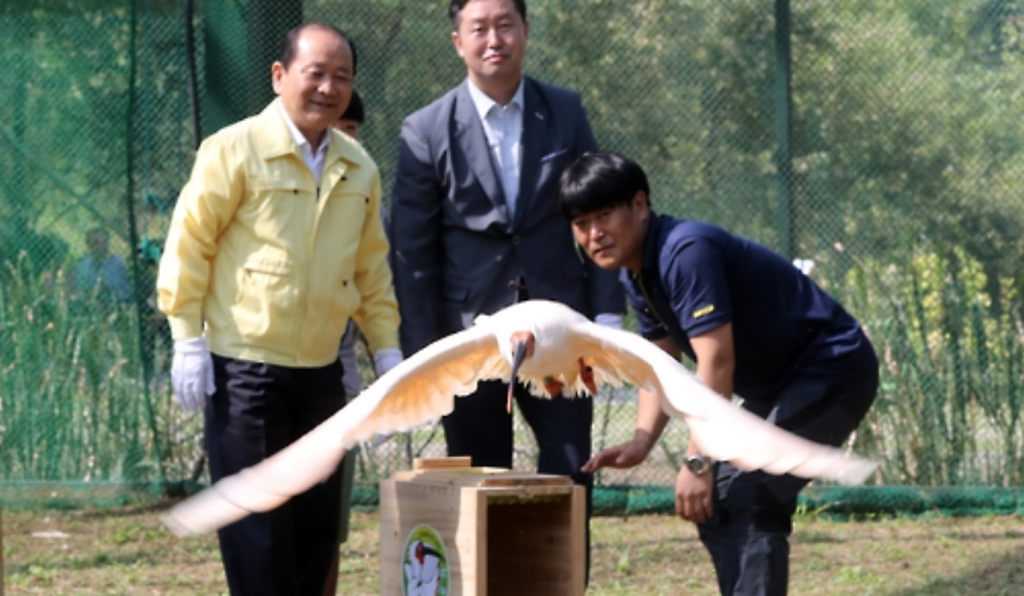 The migratory birds, which are also designated as the 198th natural monument in Korea, once flourished on the peninsula, and were frequently seen between November and March. But they started disappearing from the country at the end of the 19th century, and were last seen here in 1979.

Korea managed to bring in a pair of crested ibis from China in 2008, and a restoration program by Changnyeong and South Gyeongsang Province succeeded in increasing the population to 171. Twenty of the birds are expected to be released into the wild for the first time in the latter half of 2017. 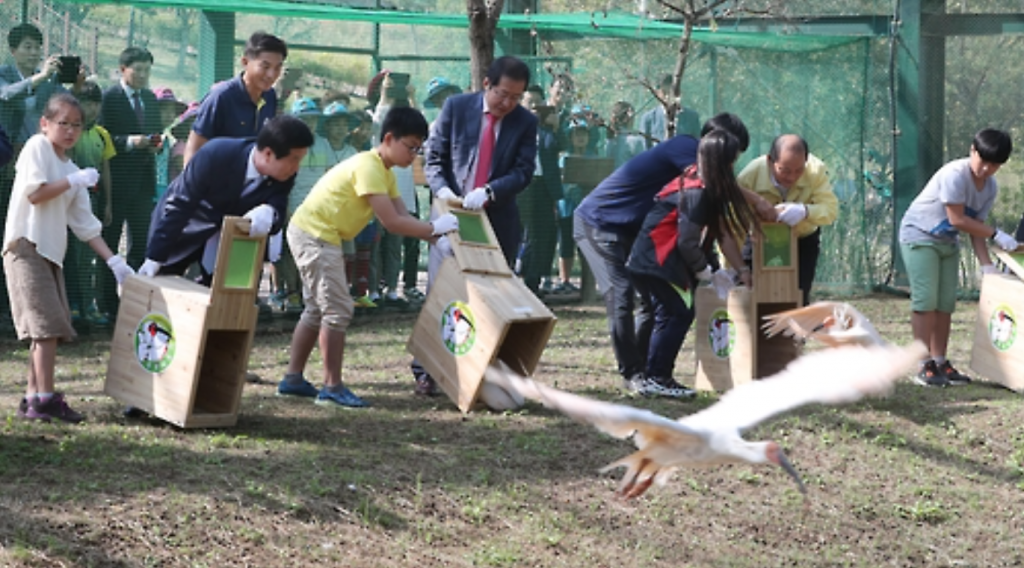 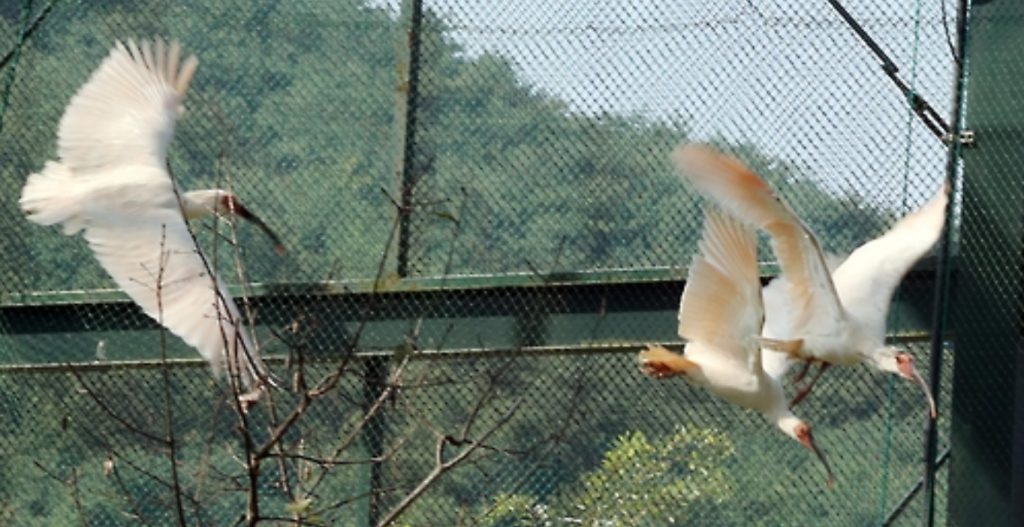