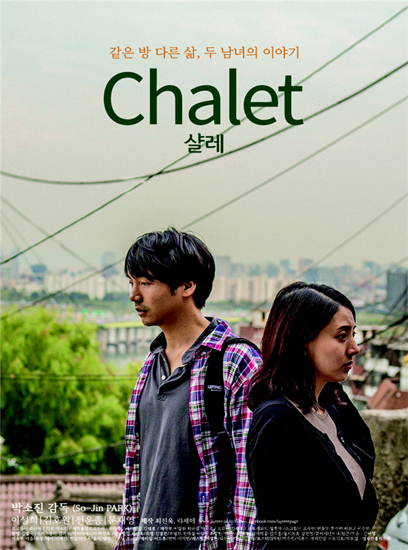 SEOUL, May 4 (Korea Bizwire) — The South Korean movie “Chalet” has won Best Foreign Feature at the Arizona International Film Festival, according to event organizers on Wednesday.

Directed by Park So-jin, “Chalet” depicts Koreans’ dream for national unification through inter-Korean understanding and communication. It was invited to the 25th Arizona International Film Festival held in Tucson from April 14 to May 1.

In the family-friendly movie, a South Korean woman and a male North Korean defector split a room in a shanty area of Seoul. One gets the room during the day, the other at night.

Although the two are unacquainted, they begin to form a relationship through post-it notes they leave in the room. Later, they openly communicate and achieve true understanding with each other.

Produced with financial assistance from South Korea’s unification ministry, “Chalet” won the Gold Award last year in a contest the ministry held for movies on unification and peace on the Korean Peninsula.

The film festival for this year showed a total of 58 films from 25 countries. Taking place every year, its film program includes a mix of shorts, children’s films, features, documentaries and animation.