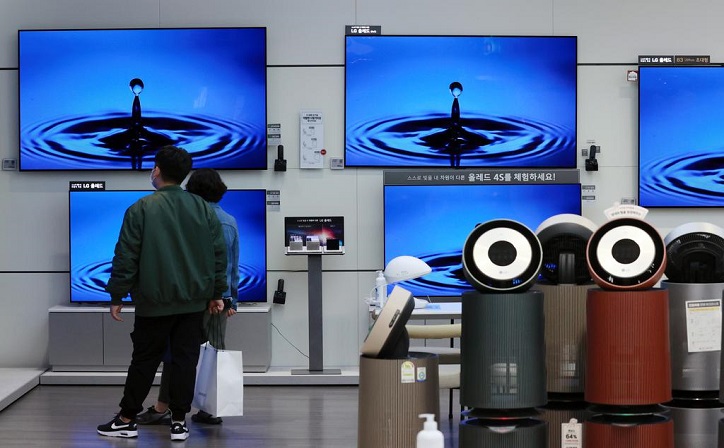 OLED televisions by LG Electronics Co. are on display at an electronics store in Seoul on Oct. 12, 2021. (Yonhap)

SEOUL, July 28 (Korea Bizwire) — Samsung Electronics Co. and LG Display Co. have aborted their negotiations over the supply of OLED panels for televisions.

Kim Sung-hyun, senior vice president and CFO at LG Display, said during a conference call on Wednesday that the negotiations over OLED panel supply to Samsung Electronics had come to a halt.

“Our new client (Samsung Electronics) had sought to use our OLED panels,” Kim said. “While there had been some progress, the process has come to a halt at the moment.”

Samsung Electronics and LG Display have been carrying out negotiations over the supply of OLED panels for TVs since earlier this year.

However, Samsung Display alone could not overcome the shortage of OLED panels, prompting Samsung to negotiate with LG Display for additional supply.

“They couldn’t reach an agreement over the price,” an industry source said.

Industry watchers say that the negotiations, however, have yet to completely break down, with the possibility of restarting in the near future.