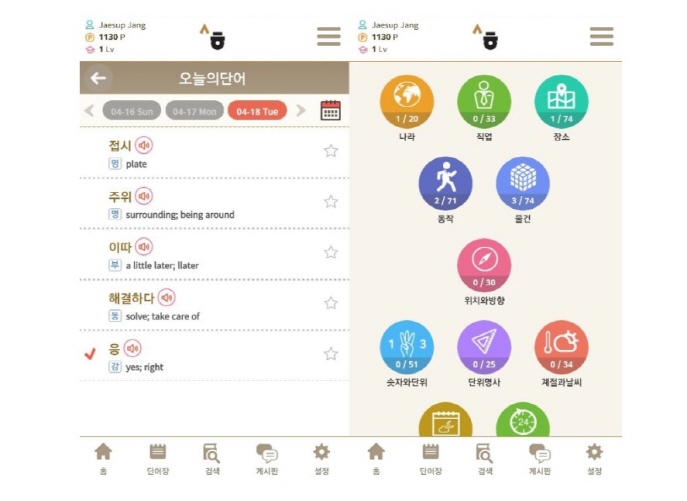 SEOUL, Jul. 17 (Korea Bizwire) – The King Sejong Institute Foundation, a promoter of the Korean language and culture overseas, has revealed today that it is distributing a smartphone application that allows users to study the language on mobile devices.

The application is available in four languages (Korean, Chinese, English and Spanish) so that foreigners with no previous knowledge of the language can easily study with the app.

In order to promote interest in the language, various cartoon characters and games were incorporated into the application.

Quizzes on Korean language and culture, conversation practice based on web dramas and other fun content should entice eager language enthusiasts to download the app via Google Play Store for Android users and Apple’s App Store.

The foundation first created a language app in 2016 to help users with limited access to the Internet learn the Korean language.