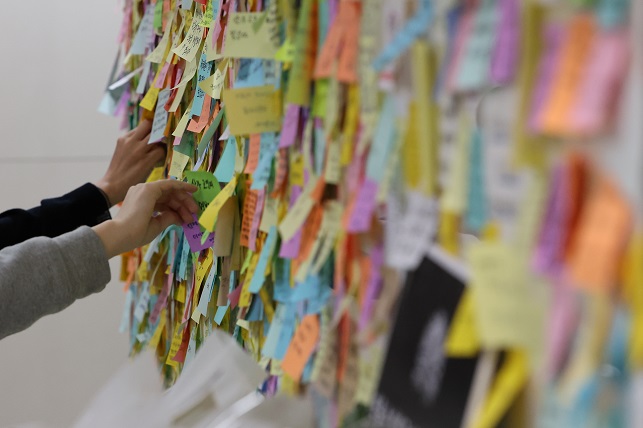 People post messages of condolence in front of the ladies’ room at Sindang Station in Seoul, where an alleged stalking and murder case recently took place, on Sept. 20, 2022. (Yonhap)

The facilities are designed to protect the victims from the risk of break-ins or other forms of assault by the perpetrator. The city also plans to provide counseling programs to help the victims return to normal life.

Male victims, in particular, were previously sent to facilities for the homeless, since there were no other facilities available, the city government explained.

Stalking victims staying at the facilities will be able to remain in a safe, secure location as they freely go about their everyday lives, including the use of cell phones.

Previously, stalking victims had to share space with victims of domestic violence and their children, leading to a number of inconveniences.

“There were limitations on the use of cellphones back then and that’s why stalking victims were reluctant to use the facilities,” the city government said.