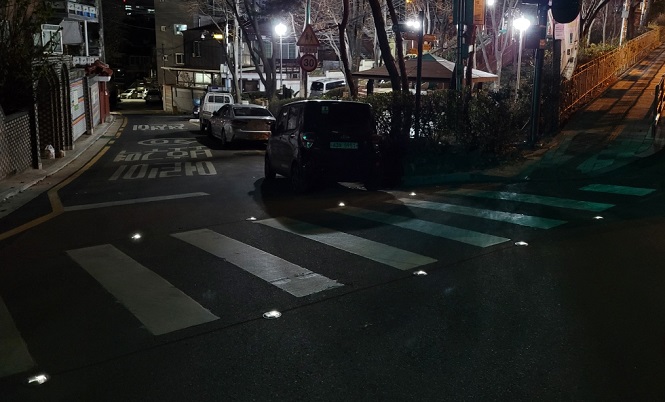 The district has set up ‘safety smartboards’ at two road entrances that lead to a children’s safety zone. The smartboards use a radar-based speed warning system to offer a variety of information to drivers in order to prevent traffic accidents.

The district plans to set up an ‘AI Pedestrian Information System’ at three major roads in a local school zone that screens real-time traffic information to both drivers and pedestrians via high-resolution LED screens, speakers and lights.

The district has set up crosswalk designed after airport runways at four locations in a residential alleyway.

The crosswalks don’t have a separate pedestrian light and use GPS and light sensors to control LED lights dotted on the crosswalk to make sure the drivers notice the crosswalk during the night or in bad weather. 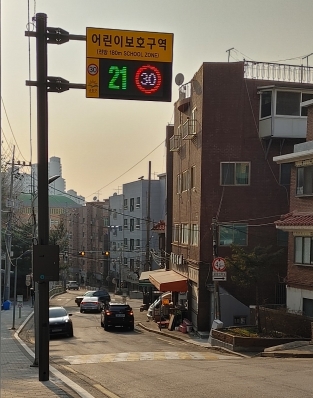