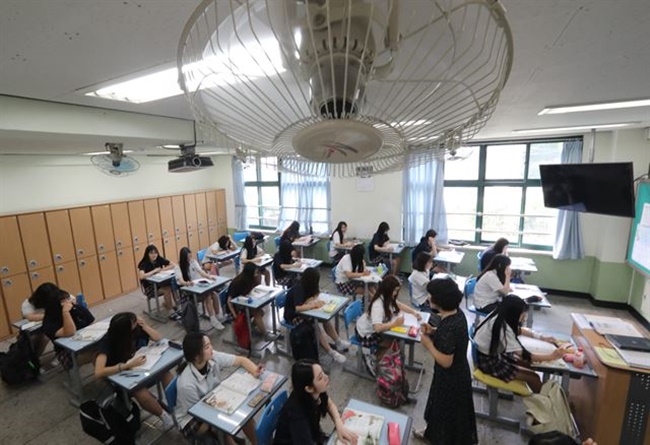 According to the action plans revealed on Monday, the Seoul Metropolitan Government will help establish a creative environment in classes to nurture problem solving capabilities and prepare students for the rapidly changing job market. (Image: Yonhap)

SEOUL, April 16 (Korea Bizwire) — Seoul has announced plans to invest billions of won over the next four years to improve the city’s public education system.

According to the action plans revealed on Monday, the Seoul Metropolitan Government will help establish a creative environment in classes to nurture problem solving capabilities and prepare students for the rapidly changing job market.

As part of efforts to prepare for the ‘Fourth Industrial Revolution’, information technology-based courses will be provided at dozens of elementary school and middle schools, using digital textbooks, social media, and video chats.

City education officials are hopeful the move will bring public schools up to date with the latest technology.

In a bold move, dozens of schools each year will adopt a brand new classroom layout with their own theme, taking into consideration the opinions of students and teachers, a shift away from the traditional classroom where desks and chairs face the blackboard.

For instance, schools in traditional villages will take on the form of a traditional Korean house, while classes with students of multicultural backgrounds will embrace multiculturalism in the design of their classroom.

In addition, nearly 170 billion won will be spent over the next four years to renovate old bathrooms at hundreds of public schools, with all bathrooms older than 15 years expected to be replaced by 2021.

With a total of 668 aging bathrooms expected to be renovated, 400 schools will install communal sinks specifically for tooth brushing so as to promote dental health.

Changes are coming on the security front as well, with poor quality CCTV cameras being replaced with 2-megapixel or higher cameras for better face recognition.