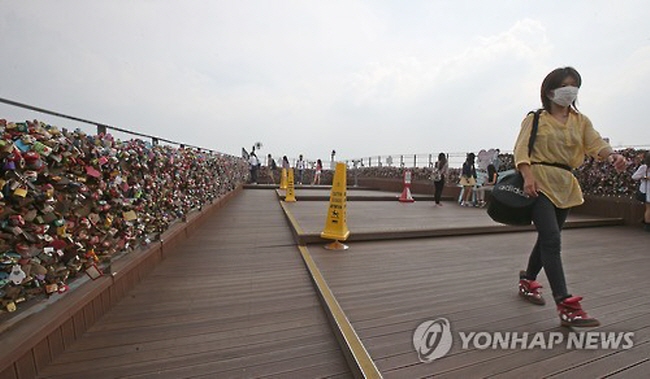 Some citizens expressed their anger on SNS by saying that the Korean government is mocking international citizens by asking them to risk their lives for 3,000 US dollars. (image: Yonhap)

SEOUL, Jun. 17 (Korea Bizwire) — As the Ministry of Culture, Sports and Tourism announced that it would compensate a foreign tourist afflicted with the MERS virus in Korea with US$ 3,000, Koreans citizens on SNS are strongly criticizing the government’s policy, saying that the government should firsthand spend its money to stop the virus, not to support its tourism industry.

Critic Jin Joong-Kwon said on his twitter feed that the Korean government is just advertising Korea as the pot of the MERS virus.

He also compared the situation to an airline promoting itself by featuring a recently crashed plane and promising its customers a full-refund when another air plane crashes.

Individuals and social organizations also said that the government should spend more money on adding virus managing officers and staff, as the number of isolated citizens has now reached 5,000.

The number of epidemiologic investigators is reported to be a mere 34. The Korean government recently announced that it would add 90 more investigators to the existing pool.

Some citizens also expressed their anger on SNS by saying that the Korean government is mocking international citizens by asking them to risk their lives for 3,000 US dollars.