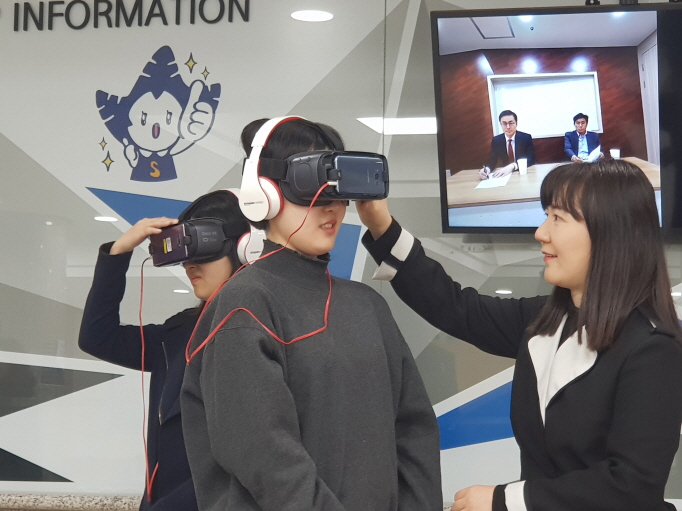 The program, which runs on virtual reality (VR) technology, brings participants to a virtual interview session, where interviewers are present for a real-time interview.

All of the answers given by participants were recorded for later use in consultations at the university’s employment support center.

“Based on the level of satisfaction among participants, we will create a permanent VR interview chamber where students can experience what it’s like to be in an interview at any time,” said Ok Kyung-young, head of SWU Career Development Center. 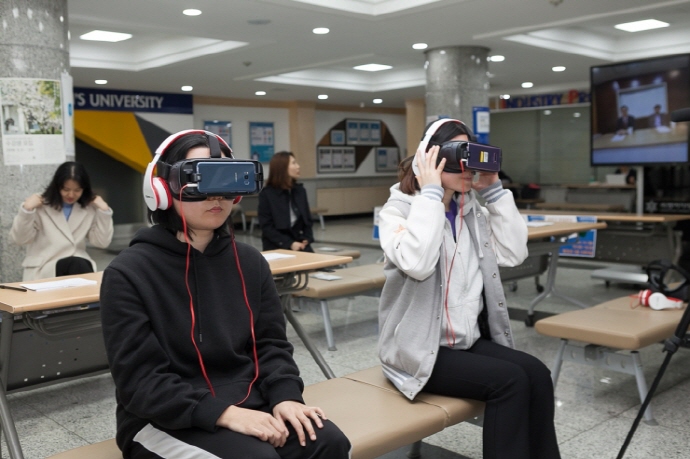