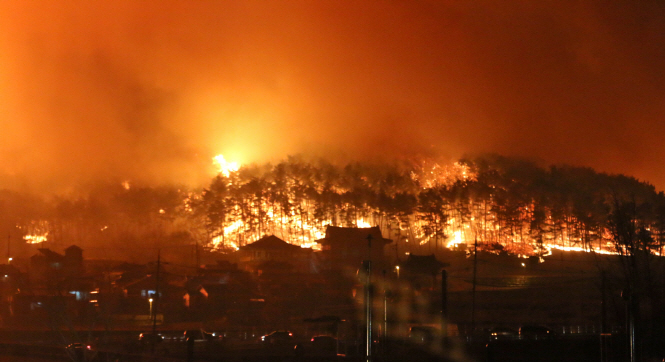 Some 13,000 rescue officials, including military and police forces, have been working since Thursday night to contain the fire and help evacuations. (image: Donghae Fire Station

SEOUL, Apr. 9 (Korea Bizwire) — Since a major forest fire broke out in Goseong, Gangwon Province on April 4, fake news related to the fire has spread widely on the Internet.

Recently, on YouTube and other Internet communities, people can easily find posts blaming the fire on the Korea Electric Power Corp. (KEPCO), saying, “Maintenance costs were cut due to the worsening deficit of KEPCO resulting from the energy phase-out policy, which led to a forest fire in Gangwon Province.”

There is wide suspicion on YouTube that KEPCO’s use of transformers has been extended to 18 years from 12 years, and suspicion has been raised that this may be related to the forest fire.

Various Internet communities are also posting or commenting that KEPCO has doubled the cycle of replacing consumables and other products due to widening deficits after the government implemented a policy on nuclear power plant phase-outs.

However, KEPCO confirmed that the claim that it has increased the cycle of replacing consumables such as transformers is not true.

According to KEPCO, switchgear or transformers are replaced when necessary through regular and frequent inspections, and there is no designated replacement cycle.

If the fire turns out to be caused not by external materials but by defects in the switchboard itself, KEPCO will not be able to avoid management responsibility. 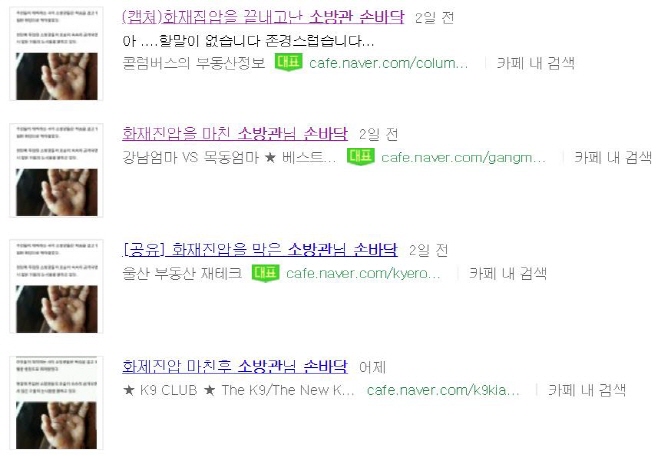 A picture of the palm of fireman. (image: Yonhap)

Meanwhile, fake pictures of the fire are also spreading on the Internet. A picture of the palm of fireman is one of them.

The picture of the palm, which was burned and blistering, was spread on social networking services (SNS) under the title of “Fireman’s hand, who completed the suppression of the forest fire in Gangwon.”

But a simple internet search reveals that the picture is actually of a Chinese firefighter and was reported by Chinese media in June of last year.