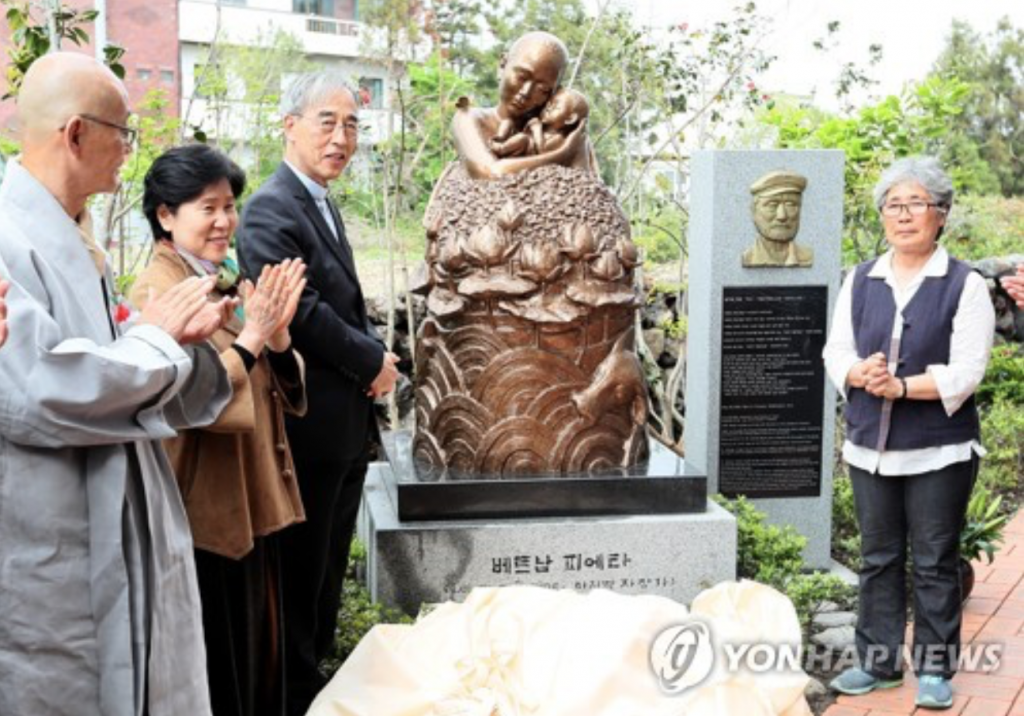 “Forty-two years after the end of the war, we finally stand here today in front of the faces of a mother and a child who perished during the battle.” (image: Yonhap)

JEJU ISLAND, South Korea, April 27 (Korea Bizwire) – A statue erected Wednesday in the city of Seogwipo on Jeju island, or “Island of Peace,” commemorates victims of the Vietnam War, namely women and children killed by South Korean troops who fought on side of South Vietnam.

The monument was named “Vietnamese Pieta,” and depicts a mother embracing a baby in her arms. It also has a Vietnamese title, “Lời ru cuối cùng,” which means “the last lullaby.”

“Forty-two years after the end of the war, we finally stand here today in front of the faces of a mother and a child who perished during the battle,” said Kang Woo-il, president of the foundation, during an unveiling ceremony held Wednesday at Seogwipo’s Gangjeong village. 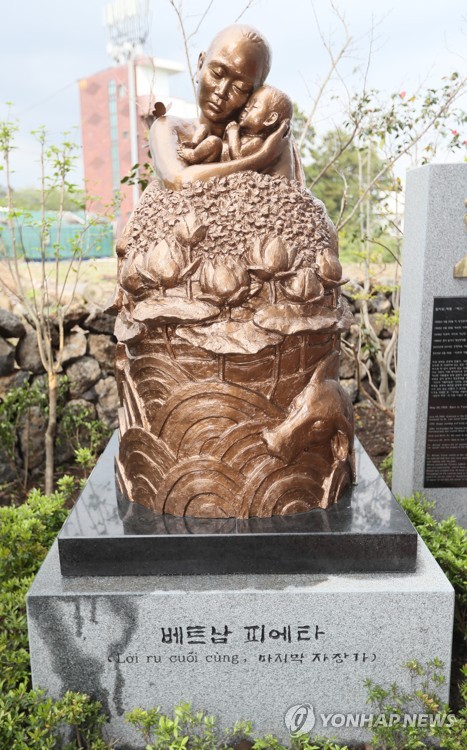 “The truth behind the civilian massacres carried out by South Korean troops during the war, which have faded with history, must be thoroughly investigated,” he said. “We, who sent our brothers and neighbors to battle, must all be part of the penitence and apology.”

Some 420,000 South Korean soldiers in total were deployed to Vietnam during the war.

Over the past four decades, several victims and scholars have come forward with accusations and testimony revealing war crimes conducted by Korean troops, including the infamous Phong Nhị and Phong Nhất massacre.

The foundation plans to erect a sister statue in Vietnam in the near future. The statue’s miniature versions were donated to a museum in Da Nang and renowned Vietnamese poet and Vietnam War journalist Thanh Thao.

The foundation was established in April 2016 to promote the remorse felt by Korean society and peace between the two nations. Its future plans include academic research into the Vietnam War, peace education programs, welfare initiatives for war victims, and cultural and artistic exchanges.